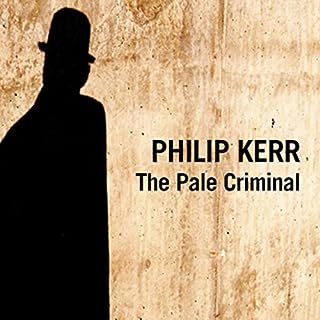 During a sweltering heat wave in the summer of 1938, the German people anxiously await the outcome of the Munich conference, wondering whether the Fuhrer will plunge Europe into another war. Meanwhile, private investigator Bernie Gunther is hired by a rich widow to find out who has been blackmailing her, as well as by the Berlin criminal police to track down a serial killer. Temporarily promoted to the rank of Kommissar, Gunther sets out to solve the dual mysteries amid the tensions of pre-war.

Another brilliant Philip Kerr novel set in 1930's Germany. The gripping story of private eye Gunther and his search for the gruesome murderer of several young German girls in the early days of Nazi regime.
Read superbly by Jeff Harding captivating voice who brings the novel to life and fires your imagination.
I listened to this audio whilst making a quilt. 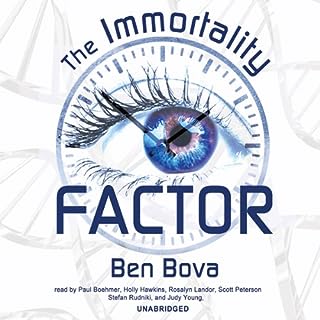 Some see stem-cell research as mankind’s greatest scientific breakthrough; others, a blasphemous attempt to play God. Suddenly, the possibility of immortality exists. Two brothers, both doctors, stand on opposite sides of the controversy. To Arthur Marshak, his work is a momentous gift to humanity. To Jesse Marshak, it is a curse. And between them stands a beautiful, remarkable woman that both brothers will do anything to save.

What a wow, sexy deep voice of narrator. Variable voice overs completely believable, couldn't stop listening, like a drug, a very possible if not futuristic storyline. 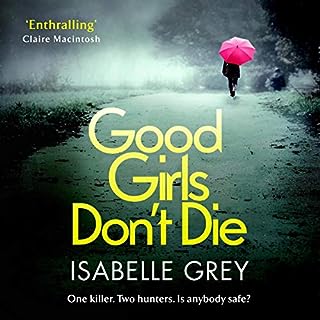 Accused of grassing up a fellow officer and driven brutally out of home and job, DI Grace Fisher is thankful to survive some dark times and find haven with the Major Investigation Team in Essex. Any hopes of a quiet start to her new life are dashed by the discovery of the body of a female student, last seen at a popular bar in Colchester. Grace has her first case. When a second student, also out drinking, is murdered and left grotesquely posed, the case becomes headline news. Someone is leaking disturbing details to a tabloid crime reporter. Is it the killer? Or a detective close to the case?

Easy listening a good plot, was able to work out the murderer, good storytelling. Believable voice over on narrative, enjoyed 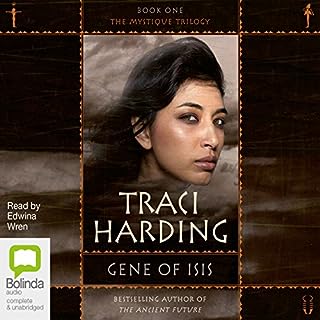 The latest trilogy by a best-selling author.... Mia Montrose is a 21st-century Australian woman with a doctorate in ancient languages who has just scored the most promising job of her career. When Mia experiences mysterious happenings and forces beyond her control, she begins to understand that history does not always stay in the past.

Brilliant book if you like Egyptian history/story telling and the belief in other parallel universes. Believable voices in character. Although got a little lost with all the time and dimension changes, the reader did an excellent job of remembering each characters voice.u 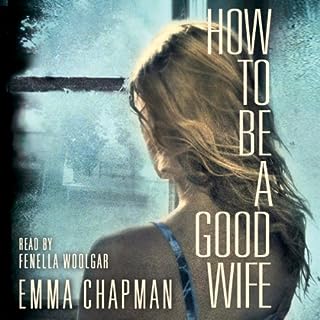 I know what my husband would say: that I have too much time on my hands; that I need to keep myself busy. That I need to take my medication. Empty nest syndrome, he tells his friends at the pub, his mother. He's always said I have a vivid imagination. Marta and Hector have been married for a long time – so long that she finds it difficult to remember her life before him. He has always taken care of her, and she has always done everything she can to be a good wife.

Nearly gave up early into story as was very depressing listening to the main characters internal thoughts.

Would you ever listen to anything by Emma Chapman again?

Was How to be a Good Wife worth the listening time?

Wouldn't want to listen again, too miserable for me. 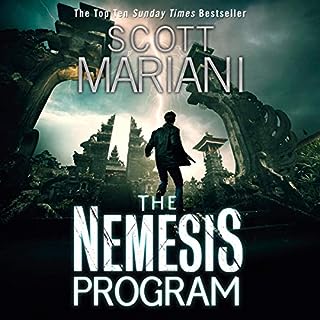 While secretly researching the bizarre discoveries of Serbian scientist Nikola Tesla many years earlier, physicist Claudine Pommier becomes the victim of a remorseless and cruel murderer who breaks into her Parisian apartment. Is he just a serial killer? Or is there more to her death than the Paris cops believe?

Would you listen to The Nemesis Program again? Why?

Yes, brilliant story telling if you like lots of action heroes.

Would you recommend The Nemesis Program to your friends? Why or why not?

What does Will Rycroft bring to the story that you wouldn’t experience if you had only read the book? 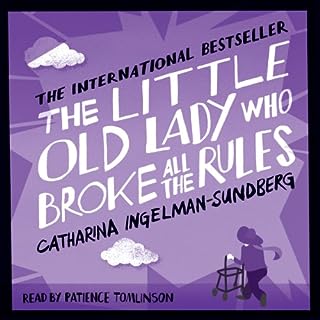 The Little Old Lady Who Broke All the Rules is an incredibly quirky, humorous, and warm-hearted story about growing old disgracefully - and breaking all the rules along the way! 79-year-old Martha Andersson dreams of escaping her care home and robbing a bank. She has no intention of spending the rest of her days in an armchair and is determined to fund her way to a much more exciting lifestyle. Along with her four oldest friends - otherwise known as the League of Pensioners - Martha decides to rebel against all of the rules imposed upon them.

The little old lady who broke all the rules

Where does The Little Old Lady Who Broke All the Rules rank among all the audiobooks you’ve listened to so far?

Good use of voice for characters

Very funny, I relayed the story to my father who recently went into a residential home, he loved the story. Hope it hasn't given him any ideas! 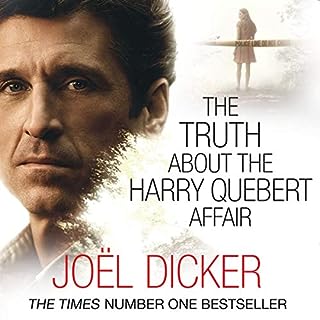 August 30, 1975: the day of the disappearance. The day Somerset, New Hampshire, lost its innocence. That summer, struggling author Harry Quebert fell in love with 15-year-old Nola Kellergan. Thirty-three years later, her body is dug up from his yard, along with a manuscript copy of the novel that secured his lasting fame. Quebert is the only suspect. Marcus Goldman - Quebert’s most gifted protégé - throws off his writer’s block to clear his mentor’s name. Solving the case and penning a new best seller soon merge into one.

Where does The Truth About the Harry Quebert Affair rank among all the audiobooks you’ve listened to so far?

This is the first audio book I have listened to so I can't compare it to any others.

What was one of the most memorable moments of The Truth About the Harry Quebert Affair?

The fact that Nola was beating herself, that it wasn't her Mother as she told Harry as her Mother was dead.

Which character – as performed by Robert Slade – was your favourite?

The writer and his mother.

This is my first audio book. I listened whilst I worked on my quilting projects and also fell to sleep listening. I liked the timer option as it switches off whilst you sleep and you don't miss the story line.
I enjoyed the story. I have read quite a lot of murder/mystery stories before and believed I was good at guessing who the culprit was, but in this story I thought I had the murderer early on but wasn't quite right although my suspect was involved near the end.
I agree that it was a little difficult to distinguish between the characters in Robert Slades variations of voice but think he did very well.
I laughed on several occasions that he relayed the writers Mother, he did the Jewish Mother off to a t.
I would certainly look out for Robert reading another audio book in the future. I think the person reading the book makes a big impact on the reader as to whether they are going to like the story line or not.