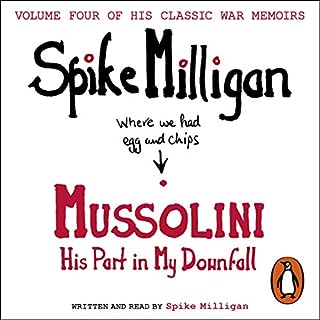 Spike's homage to the British "Squaddy" !

In this Spike continues to relate his experience of serving in the Royal Artillery during World War Two.
War is Hell, and while Spike never fails to reflect its realities,in this he reveals the 'Secret' weapon that ensured that Britain would prevail,The Indestructible appreciation of the rediculous!
It's not simply 'a sense of humour' (as it's not always 'funny') but a far broader and deeper respect and appreciation of Life and all its joys,challenges,progression and inevitable end.For many 'War' condenses this and brings with it a perspective and experience that never leaves them and often brings about profound changes.
Should anyone wish to understand what kept 'Great Britain' not only taking the blows,but 'Standing it's Ground' and fighting back,its all here in the brilliant series of War diaries that only Spike could have written!