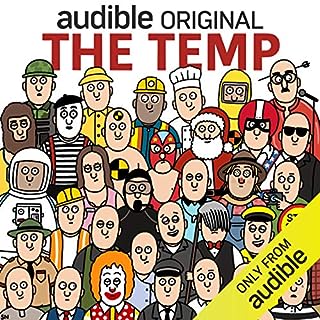 How far would you go to get your dream job? In The Temp, Warren (Marek Larwood) is sent to a variety of temp jobs by his recruitment officer Aimee (Vicki Pepperdine) on the promise that if he does a good job, it might become permanent. And each time, the job turns out to be more dangerous and ludicrous than advertised. Open-minded to the point of mindless, Warren never seems to notice that the job is very different to the job description - he just wants to do a good job, and get made permanent.

Well performed considering how bad the material is

This is just not funny. Everything is so forced that you know exactly what is being set up before it gets anywhere close to a punchline. I gave it a good go, it was halfway through the 4th episode that I just felt enough was enough.

There are plenty of reviews that love the material but for me it's a big miss. At least it was free. 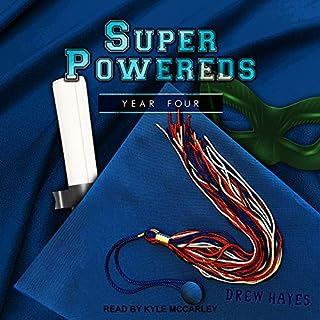 The final year at Lander has finally arrived for the Melbrook students and their peers, and with it comes a whole new set of challenges. Still reeling from the events of their junior year, the remaining students will have to push past their pain - and so much more - if they hope to be one of the 10 to claim the title of Hero upon graduation.

Wraps it all up nicely

If you’re looking at reviews for year 4 then you must have already gone through years 1 - 3, so you already know what you are going to get. Year 4 is jam packed and doesn’t drop the pace, lots of well described action and a good way to wrap up the life of the students at Lander.

Just one thing though, if you’ve not listened to Corpies before year 4 then there will be characters that you will not know, so get that first 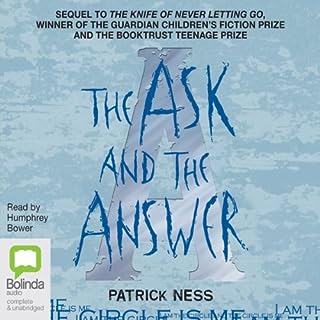 Fleeing before a relentless army, Todd has carried a desperately wounded Viola right into the hands of their worst enemy, Mayor Prentiss. Immediately separated from Viola and imprisoned, Todd is forced to learn the ways of the Mayor's new order. But what secrets are hiding just outside of town? And where is Viola? Is she even still alive? And who are the mysterious Answer? And then, one day, the bombs begin to explode....

Although this is supposed to be a book for older children I have found the story to be well written and beautifully read. The characters come to life with the narrator and you want to keep listening. 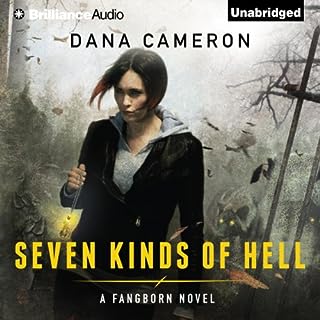 When archaeologist Zoe Miller’s cousin is abducted by a vicious Russian kidnapper, she must come to grips with a haunting secret. Unknown to even her closest friends, Zoe is not entirely human. She is a werewolf and a daughter of the "Fangborn", a hidden race of werewolves, vampires, and oracles. Zoe’s attempt to rescue her cousin leads her on a quest for artifacts - including Pandora’s Box, an object of world-ending power.

Where does Seven Kinds of Hell rank among all the audiobooks you’ve listened to so far?

As an story, this is not a bad tale. It's a little bit like a book aimed at teenagers but throw in some swearing and say it's for adults. The storyline is good and sets the scene for subsequent books and I'll probably have a listen to them as there is enough of a hook to make me want to find out what happens next.

What other book might you compare Seven Kinds of Hell to, and why?

I can't think of a specific book to compare this to, but it's an interesting take on the Werewolf / Vampire (and now Oracle) genre. Think Underworld without quite as much violence and throw in a bit of shooting around Europe.

Would you listen to another book narrated by Kate Rudd?

Now this is the sticking point with this Audiobook. It's like listening to a Text-To-Speech program. Kate's voice has a very distinctive choppy style where she seems to think that every syllable of every word MUST be pronounced, which makes it very unnatural. And as another reviewer has commented the word is "SHARD" with an "A" not "SHIRD", along with other plainly wrong pronunciations. You can excuse the French train stations, but not simple English words.

The story does keep you wanting to listen, (despite the pronunciation), so I guess as a reaction the story made me feel excited to find out what happens next. 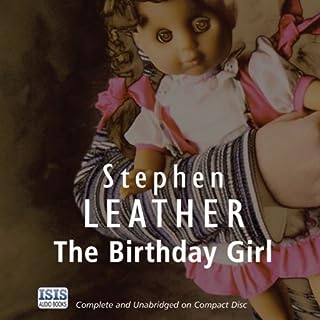 Tony Freeman rescued Mersiha when she was fighting for her life in war-torn Yugoslavia. Now she is his adopted daughter, the perfect all-American girl - and the past is another country. Or so it seems. But Mersiha has been trained to kill. And when she discovers that Freeman’s company is subject to a sinister takeover bid, she decides to help. Whatever the risks. The consequences of her actions are lethal - for Mersiha has unearthed a conspiracy of terrifying proportions.…

What made the experience of listening to The Birthday Girl the most enjoyable?

The building up to Mersia ( the main character in the story) telling about her past.

The Narrator tried to put on voices for the characters and failed miserably. He clearly has no idea what a 15 year old girls sounds like and the italian and russian accents he attempts are just awful and seem to fade out within the same sentence.

If you can put up with the Narrator, this is a good story. 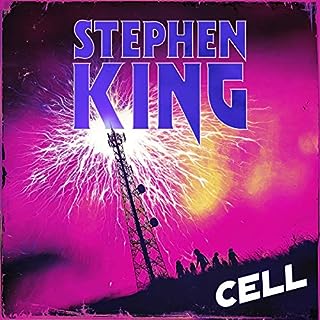 The event became known as The Pulse. The virus was carried by every cell phone operating within the entire world. Within hours, those receiving calls would become insane, or die.

Even the Author gave up on this one

Having read Stephen King books in the past I was expecting a gripping story all the way through, however with this book you get the feeling he gave up on the ending. If there is a sequel planned then it will only be to finish the story and answer all of the basic questions like who, why and how. This one leaves you frustrated and not like a cliffhanger more of a you couldn't care if you found out the answers but had spent hours getting to this point.

The basic plot line is a good one and so much more could have been done with it, and for this reason you stick with it to the end, even if it's only to get the answers. But alas ultimately the author disapoints.

The characters are good and strong and could have made a much stronger story line but I feel they are not used to their potential. The key villain for example makes sporadic appearances which don't amount to much. I don't want to spoil the story for others so let's just say he is too easy a push over in the end.

I aggree with the other rewiew about the sound quality, I thought it was my player, but no it's pretty poor in places with levels changing, bad over dubbing of voices and the occasional j-j-jerking of speech.

If you are a King fan then you'll get this book anyway, I know I've bought bad books by my favourite authors, but if you stumbled on this book, then move on to other titles in Kings catalogue and leave this alone.