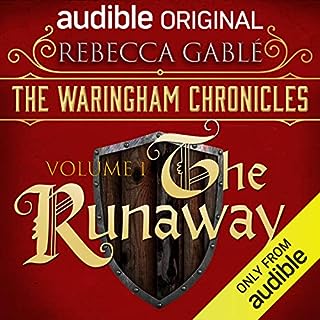 Excellent beginning to an epic adventure

Excellent beginning to what looks be a great epic. Brilliant performance from the cast involved with relaxing and captivating narration by Miriam Margolyes.

Fantastic writing from Rebecca Gable, grounding her characters with all the woes and wonders of the human spirit.

Listened regularly before bed and ended up staying up an hour or two longer than I should just to hear what happens next. Can't wait for the next parts, my only annoyance is the long wait until I get to listen to them!