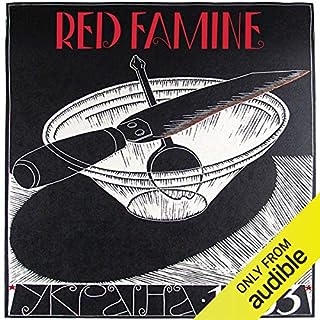 The momentous new book from the Pulitzer Prize-winning author of Gulag and Iron Curtain. In 1932-33, nearly four million Ukrainians died of starvation, having been deliberately deprived of food. It is one of the most devastating episodes in the history of the 20th century. With unprecedented authority and detail, Red Famine investigates how this happened, who was responsible and what the consequences were. It is the fullest account yet published of these terrible events.

not easy to engage

I lasted into the preface. The prose was lumpy and repetitive. Key phrases were overused and that was just the preface.
I just know i wouldn't have lasted much longer. What with the combo of that and the Narration it wasn't easy to engage with this important book.
The narration lacked the gravitas required, with little or no cadence to emphasize what was happening. It couldnt have been easy with that script however.
If only we could bring back Laurence Olivier, he could bring historical solemnity and grandeur to reading a shopping list.