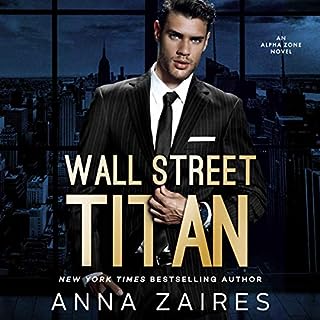 At 35, Marcus Carelli has it all: wealth, power, and the kind of looks that leave women breathless. A self-made billionaire, he heads one of the largest hedge funds on Wall Street and can take down major corporations with a single word. The only thing he’s missing? A wife who’d be as big of an achievement as the billions in his bank account.

Great narration - lost a star due to cliffhanger

I loved the narration, but I hated that it ended on a cliffhanger! The story is implausible(he is obsessed with her and at the same time makes the most backwards decisions) and funny(sometimes), but I hate it when authors split stories up this way... I won't buy the sequel.