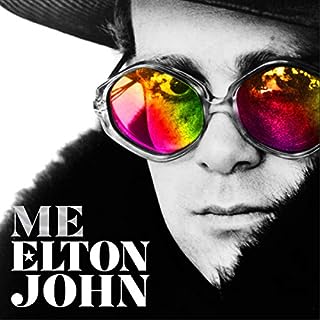 I don’t normally read biographies, but I have been a fan of Elton for many years, so had to give this one a try.
I totally loved it. Whenever I have seen him in concert or on tv interviews,I have always thought that Elton, despite his outrageousness,has always appeared very likeable and humane.
I found his story totally honest and very interesting.
Elton read the prologue and the epilogue himself but Taron Egerton narrated the rest of the book and did a brilliant job of bringing it to life. I have seen some people complaining that Elton should have narrated the book himself, but I think it would have been a lot “ dryer if he had done so. 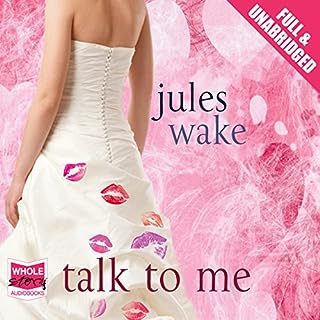 Olivia has been in love with Daniel forever, but they've never been able to make it work. Their relationship has always been a series of mixed messages and misunderstandings and the final straw comes when Daniel starts dating her flat-mate, Emily. Hurt, Olivia resolves to forget her heartache with a spot of speed-dating. Can she rely on Daniel to step in when events take a terrifying turn or will it ultimately result in tragedy?

I really enjoyed this book so much. It caught my interest straight away and from then on I just couldn’t stop listening. There are some great characters, good ones, nasty ones and as you would expect a lovely ending
( Even though there are parts that you wanted to shout at the main characters ....no don’t believe that . ) 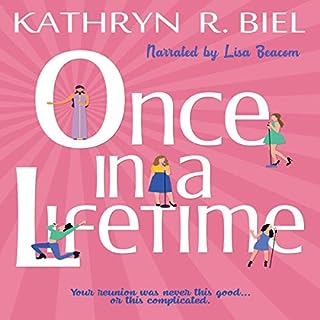 Ten years ago, the Sassy Cats were at the top of the charts until Callie Smalls walked away to pursue her career in fashion and television. The other four members - Angie, Tabitha, Mandy, and Daphne - were left to fend for themselves and continue on with their lives. That is, until the day when Callie decides to book a gig for the group at a major music festival, without talking to her former band mates. Scattered across the country, at different points in life, can they rekindle the magic in the music?

Once in a lifetime

A quite fun story of old friendships. A pop group that ends up trying to get back together, but their past problems get in the way .
An enjoyable listen.
The narration was good, 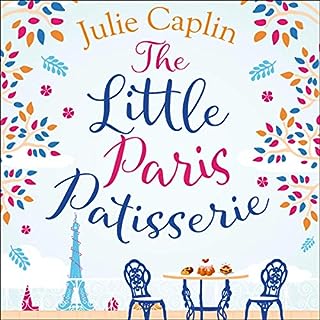 In a cosy corner of Paris, a delicious little patisserie is just waiting to be discovered. And romance might just be on the menu.... As the youngest of four, Nina Hadley has always had her big brothers telling her what to do. So, when she’s given the chance to move to Paris and help run a patisserie course, she can’t say au revoir quick enough! There’s just one problem: high-flying chef Sebastian Finlay is the owner of the patisserie. He’s also her brother Nick’s best friend - and the man she has secretly been in love with since forever.

Julie Caplin does it again! I am really loving this series, ( this is the third , though they don’t really need to be read as a series) there is just something magical about them. So far they have totally captured my interest from start to finish, just love the wonderful characters.
Once again a well suited narrator was chosen. I am now just hoping and praying that Audible will be releasing the next one soon.( please) 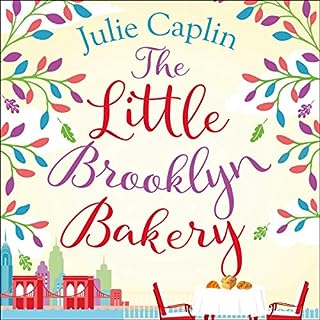 Take a trip to the best little bakery in Brooklyn, where there’s more than a sprinkle of romance and a slice of pie makes it feel like home! When Sophie Bennings arrives in New York, love is the last thing on her mind. Still reeling from a painful breakup, she throws herself into her work as a food editor on a top-notch magazine. Columnist Todd McLennan is everything that Sophie wishes she didn’t want. Like the gorgeous bakery below her Brooklyn apartment, he’s as tempting as the delicious cupcakes on display. Surely a little of what you fancy can do you good?

Loved this cute romantic story. Wonderful characters, this had your mouth watering with the description of all the delicious baked goods. I have never been to Brooklyn but this made me want to go there
Narration was great too.
I hope the rest of this series will be coming to Audible soon 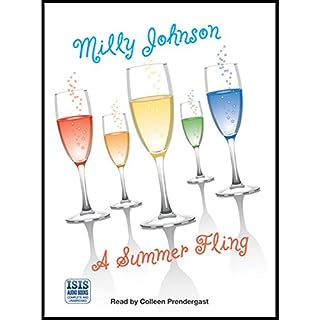 When Christie blows in like a warm wind to take over their department, five very different women find themselves thrown together at work…Anna, 39, is left reeling after her fiancé’s departure with a younger woman. Then there’s Grace, trapped in a loveless marriage. Can she prevent 33-year-old Dawn from making the same mistake? At 28, Raychel would seem to be the happiest, with a loving husband and their cosy nest for two. But what dark secrets make Raychel so unwilling to open up?

I enjoyed this so much, I was really rooting for the characters to do the right thing. A simply lovely audiobook.
Well narrated. 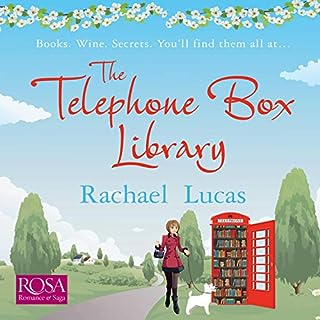 With her West Highland terrier Hamish at her side, Lucy plans to relax and read up on the women of nearby Bletchley Park. But the villagers of Little Maudley have other ideas and she finds herself caught up in the campaign to turn a dilapidated telephone box into a volunteer-run library. Along the way, she makes friends with treehouse designer Sam and finds herself falling for the charms of village life. And it seems Bunty has a special connection to Bletchley and the telephone box, one that she's kept secret for decades....

A lovely story, I was so happy when I suddenly discovered that this book was now available from Audible. I have seen so many reviews and recommendations , I was getting irritated that I couldn’t listen to it, I jumped for joy when I saw it on Audibles newly released list. 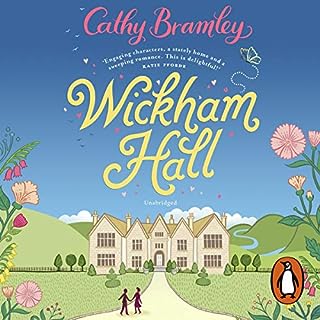 Best seller Wickham Hall was originally published as a four-part serial. This is the complete story in one package. Holly Swift has just landed the job of her dreams: events coordinator at Wickham Hall, the beautiful manor home that sits proudly at the heart of the village where she grew up. Not only does she get to organise for a living and work in stunning surroundings, but it will also put a bit of distance between Holly and her problems at home.

Another wonderful story from Cathy Bramley

This is another typical tale from Cathy’s feel good world. You know it will all end up with a HEA.
But it’s how all the wonderful characters get there and what happens in between that counts.
Good narration by Collen Prendergast ...as usual 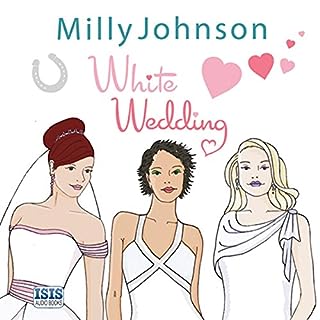 Bel is in the midst of planning her perfect wedding when disaster strikes. Can she hold it all together and turn disaster into triumph? Bel's friend, ice-cream parlour owner Violet, is engaged to Glyn. But however trapped she feels, she can't quite say the words, "I don't want to marry you anymore". Then, just when she's about to give up and resign herself to married life, she finds love in the most surprising of places. Max was planning a quick registry office do until she sees a TV programme about traveller brides and becomes determined to have the most extravagant wedding ever.

Another really fun audiobook from Milly. Just what I need at the moment, with these worrying times ( in the middle of a pandemic)
Really enjoyable (despite the plot being rather far fetched ) but hey it’s fiction, and when it’s done like this you can who can complain.
Well narrated . 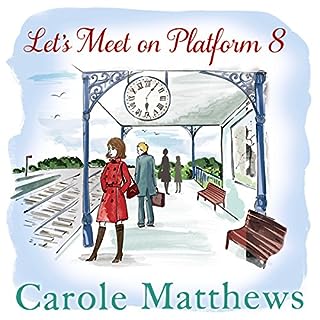 Teri has dated more men than she's had low-calorie, low-fat dinners, and she still hasn't found Mr Right. She's found other men, though: Mr Lazy, Mr Greedy, Mr Completely Selfish, Mr Looking-for-Mother-Substitute and Mr Pervert. But no Mr Right. That is until she's literally knocked off her feet by Jamie Duncan as they rush to catch the same train from Euston station: the 18.07 from platform eight. It's not long before love blossoms and commuting takes on a whole new meaning.

I was very disappointed with this book, normally Carole’s books are lovely and cosy, and you know that somehow all will end up well in the end.
This one lacks all that warm and fuzzy feeling and all I could think of was this just can’t end well no matter what.
Considering the story, the ending was sort of ok.
Narration was ok though.