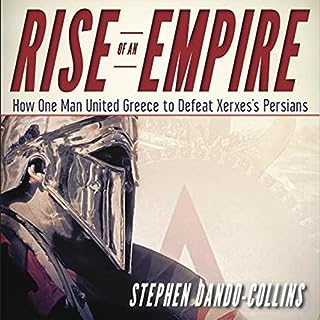 The action-filled movie 300 focused on Ancient Greece's epic battle of Thermopylae, in which King Leonidas led 300 Spartans into battle against Xerxes and his million-strong Persian forces. In the sequel, 300: Rise of an Empire, the action moves to the sea, covering 10 years starting with the Battle of Marathon and ending with naval engagement the Battle of Artemisium, which occurred the same day as Thermopylae. Rise of an Empire tells the story of the real men and events depicted in the movie.

A fascinating look into the history of the Greeks. Well written documentary on how the Greeks battled Xerxes. A little lacking in information sometimes but there is a lot of information to go through. Thoroughly enjoyed this, highly recommend.