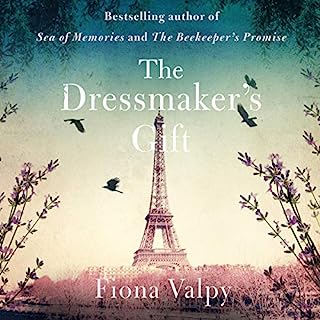 A good story of civilian life in wartime France

Very interesting to dip into the lives of the civilians sharing Paris with German troops throughout the war and the effects it had on their lives, particularly from a female perspective.
Only negative is that the narrator who reads the modern day sections of the book has a slightly annoying intonation to her voice.