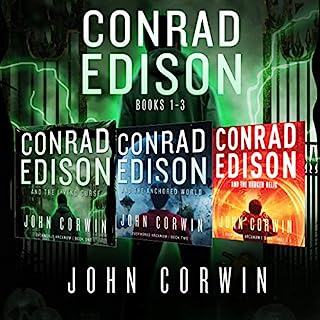 A clever tie in to the overworld. Loved the little plot drops making you realise things you had seen in a different perhaps insignificant light prior to reading these.

Really enjoying them so far. 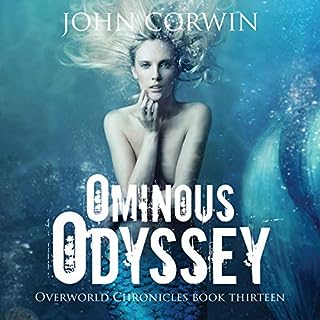 The mysterious new leader of the Brightlings is after a secret weapon. The catch? It's hidden somewhere in Voltis, a forbidden place where violent elemental forces will slap you around like a redheaded stepchild. Naturally, Justin can't let that happen and convinces Elyssa, Shelton, and Adam to tag along, because who doesn't want to ride a flying ship into hurricane-force winds while lightning tries to rip you a new one?

Another fantastic edition to the collection. Thoroughly enjoyed this one. Loved the appearance of a certain famous wordsmith. Very funny. 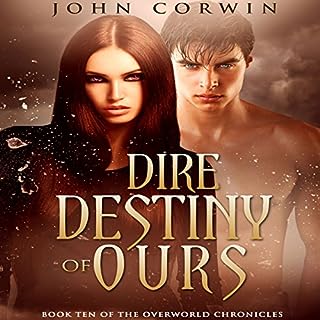 The last battle with Daelissa took a tremendous toll on the resistance. Elyssa is hanging onto life with the help of a preservation spell, and Daelissa has new elite troops ready to conquer Eden. Justin realizes the only way to save the woman he loves and his home realm is to travel to Seraphina and ask the Darklings for help. But the Darkling nation, Pjurna, is embroiled in its own war with the Brightlings, and its leaders believe Justin is an enemy. His back to the wall on two fronts, Justin decides to take the gloves off and kick some ass.

Properly loved it, looking forward to getting stuck in to the next one. TRULY BRILLIANT! 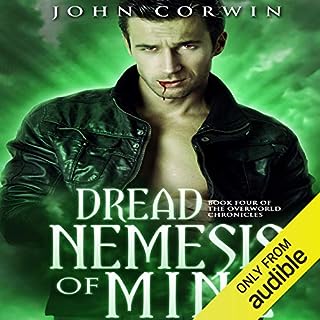 When Justin's long-lost sister, Ivy, shows up at the funeral for Elyssa's brother, Jack, it seems like the family reunion Justin has long hoped for is finally here. But Ivy isn't interested in playing Barbie or hanging out at the mall with her big brother. She's on a mission against evil, and Justin is at the top of her big-bad-meanies list.

Thoroughly enjoying these books. great performance and well written. would recommend to any fantacey fan!!