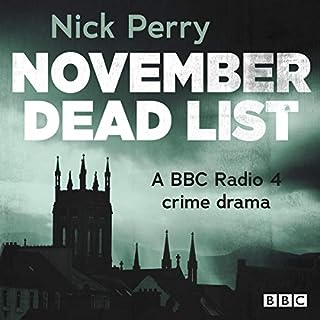 Each Roman Catholic parish compiles a Book of the Dead from the lists of departed loved ones submitted by parishioners. Printed on the front of the envelopes are three words: November Dead List. In this series, a young priest opens one such envelope and discovers not a list of the dead but a list of people he knows to be alive and members of his congregation. At first he thinks it's someone's idea of a joke. Then the people named start turning up dead.

Wonderfully scripted and acted thriller that kept me on the edge of my seat. 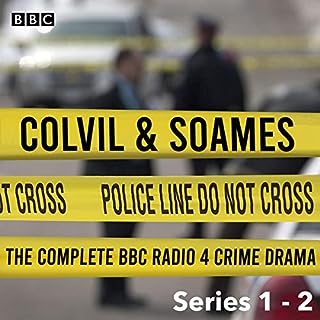 In these two compelling murder mysteries, MI6 officers Henry Colvil and Alex Soames become involved in a pair of complex cases which take them to the very top of the political and religious spheres. Written by acclaimed historian, broadcaster and author Christopher Lee, these gripping spy thrillers star Christopher Benjamin (Pride and Prejudice, Doctor Who) as Henry Colvil and Amanda Redman (The Good Karma Hospital, New Tricks) as Alex Soames.

An excellent series that's well written and well acted, with satisfying conclusions to both series. 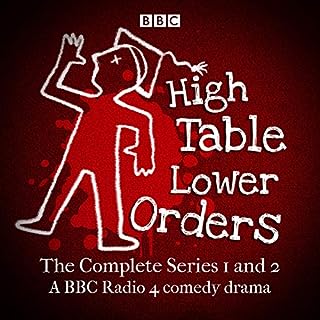 In the tradition of say, Agatha Raisin: lighthearted, a devious villain and excellent performances made up for perhaps, a story that could have been fleshed out a little. 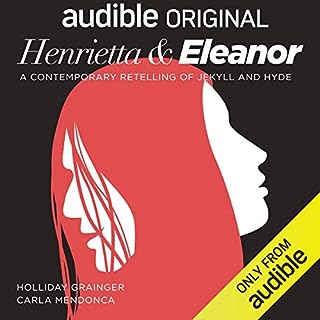 Dr Jekyll, a charming doctor explores the possibility of dividing the dark and light side of her personality, but in doing this she creates a monster, Eleanor Hyde. For many years she manages to live under the radar, keeping her dark secret unknown to those around her. However, gradually her evil side gains strength until Dr Jekyll is overwhelmed by Eleanor Hyde, to disastrous consequences. An exploration of human duality and forces of good and evil, this modern retelling is compelling and eerie and retains the disturbing nature of the original text.

A CLASSIC THAT'S RIGHT UP TO DATE

Excellent performances in this clever and chilling reworking of a classic the brings it right up to date. 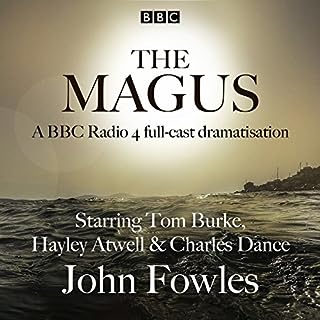 Nicholas Urfe, a young British graduate, runs away from his monotonous life to take up a teaching post on the small Greek island of Phraxos. There he meets the enigmatic figure of Maurice Conchis, and slowly gets drawn into a world full of strange encounters and psychological tricks on Conchis' estate at Bourani. When Conchis introduces Nicholas to the enchanting and mysterious Lily Montgomery, reality and illusion begin to intertwine.

A wonderfully plotted drama with intriguing characters who deliver twists and turns when you least expect them.