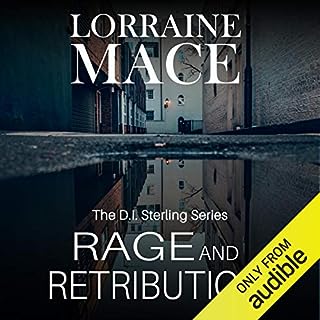 Detective Inspector Paolo Sterling has more headaches than usual. Someone is abducting men and subjecting them to horrific acts of rape and torture, but who? More to the point - why? After three days of cruelty and starvation, they are released. Why will none of them give any information which would help the police to find the perpetrator? The victims refuse even to admit they were held captive.

Yet another fantastic listen

The only problem with Lorraine's books is they end. I could happily listen to Paolo's life/work story every day. Can't wait for the next installment. 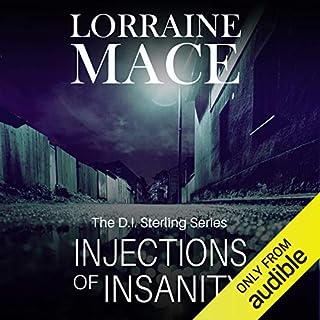 The third gripping instalment in the DI Paolo Sterling crime series. Detective Inspector Paolo Sterling has just six weeks to solve a series of murders by insulin injection, with nothing to connect the victims except the manner of death and a note left at each crime scene. The murderer, determined to avenge a wrong from many years earlier, gets close to his prey by assuming various identities. Can Paolo win in his race against the pretender?

I'm in bed with flu at the moment and was delighted to see this book released yesterday. Having been unable to sleep well last night, I've finished it this morning. Now I just have to wait until February for the next one! 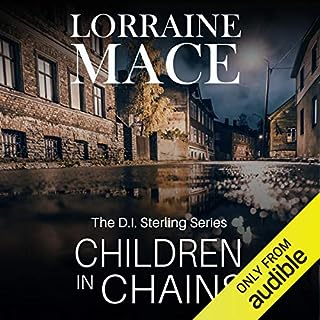 The second gripping instalment in the DI Paolo Sterling crime series. Detective Inspector Paolo Sterling is determined to shut down the syndicate flooding Bradchester’s streets with young prostitutes. When a child is murdered, Paolo becomes aware of a sinister network of abusers spread across Europe and spanning all levels of society. But Joey, the shadowy leader of the gang, always seems to be one step ahead in the chase. Has Paolo come up against a criminal he cannot defeat?

Lorraine's writing is gripping. I finished this book in 2 days. Can't wait for the next installment. 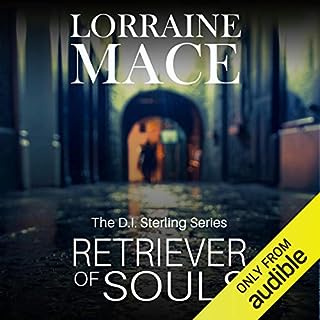 Brought up believing that sex is the devil's work, a killer only finds release once he has saved his victim's souls. Abiding by his vision, he marks them as his. A gift to guide his chosen ones on the rightful path to redemption. Detective Inspector Paolo Sterling is out to stop him, but Paolo has problems of his own. Hunting down the killer as the death toll rises, the lines soon blur between Paolo's personal and professional lives.

I've been waiting for this book to be released on Audible for ages and am delighted to finally listen to it. Can't wait for the rest of the series. 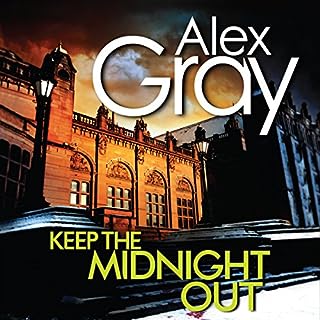 When the body of a red-haired young man is washed up on the shore of the beautiful Isle of Mull, Detective Superintendent Lorimer's tranquil holiday away from the gritty streets of Glasgow is rudely interrupted. The body has been bound with twine in a ghoulishly unnatural position and strongly reminds Lorimer of another murder: a twenty-year-old Glasgow case that he failed to solve as a newly fledged detective constable and which has haunted him ever since.

Seemed to go on too long, over complicated. It's probably a good book but in the end I gave up and skipped to the end. 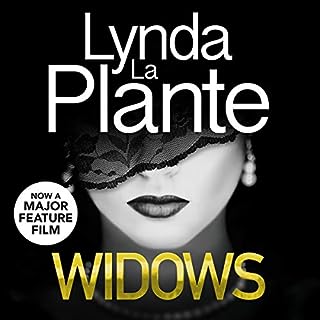 Perfectly read, faded at the end

After reading other reviews about the narrator, I nearly skipped over this book but, after listening to the preview, decided to get it anyway and I have to say that I think the narration fitted the story perfectly. Good story, just slightly weak ending in my opinion. 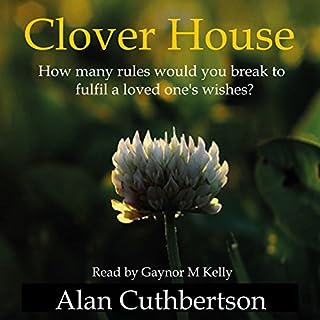 How many rules would you break to fulfill a loved one's wishes? Clover House is a home run by the local council. Residents are there because their parents, family, or the community can no longer deal with their behavior. Leo French has lived at Clover House for nearly eight years. For Leo life was dull and mundane; that was, until Julie Sykes arrived. After uncovering Julie's secret, Leo uses his limited time and resources to make her wishes come true. At the time he had no idea it would include foreign travel, theft, and attempted murder....

Nice story with interesting twist at the end.

What other book might you compare Clover House to, and why?

Difficult to compare to anything else as it's a very unique story.

Perfect choice of narrator for this story.

A real tearjerker at the end.

After the twist at the end I had to go back and listen to it again from the start. A very different, but nonetheless enjoyable, experience. 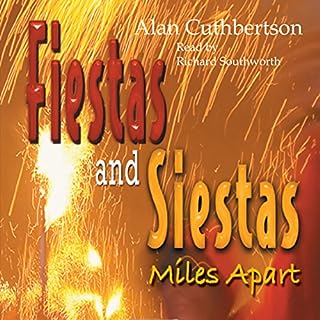 Ever wondered how easy it would be to start new life in a different country? Fiestas and Siestas Miles Apart is a humorous look at what happened to the Cuthbertson family, Alan and Heather along with daughters Stacey and Ashlie when they decide to sell everything, including the family stationery business, load the family car and move from England to Spain. Unfortunately half way through the process the girls have other ideas and take off on their own adventure...

Lighthearted account of life as an ex-pat in Spain

What was most disappointing about Alan Cuthbertson’s story?

Having lived in Spain for 16 years, I found several unnecessary factual errors which were annoying. The author obviously does live in Spain but should have taken greater care with his facts.

When choosing a narrator for a book including a spattering of foreign words, it would be better to have someone with at least a knowledge of the correct pronunciation of that language. Also, there is a section in the book which deals with the Spanish people's inability to pronounce the author's wife's name but the narrator pronounces certain sounds incorrectly which, not only is detracting, but also makes this part of the story a bit pointless.

Not a bad book but probably not for those who've done the same thing. This genre is led by Chris Stewart's "Driving Over Lemons" - this book is a poor imitation.

From Peter James, the award-winning author of the Roy Grace series, comes Billionaire, an exhilarating financial thriller. City stockbroker Alex Rocq leads a comfortable life, with a luxury flat in London, a country cottage, a very expensive car, and a lucrative job that still leaves time for leisure. But all this isn't enough. After receiving a tip-off, Alex decides to play the commodities market for himself. He soon learns the hard way that fortune doesn't always favour the brave, and his luck comes to an abrupt end.

As a lover of the Grace series, I thought I'd try this but it didn't really do it for me. I have to admit that the last hour or so I just had on as background listening, just to get to the end of the book. Love Peter James normally but this one doesn't get the usual five stars. 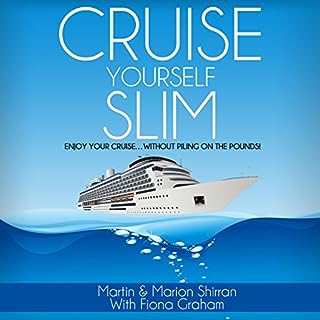 Over 22 million people completed cruise holidays in 2015; many of those went home weighing upward of four pounds heavier - due in no small part to the huge quantities and choices of food and drink onboard modern cruise liners.

An interesting book, and refreshing to read something written by people who actually seem to know what they are talking about.

Definitely worth reading by anyone who cruises and plenty of good tips for home use by those who don't.