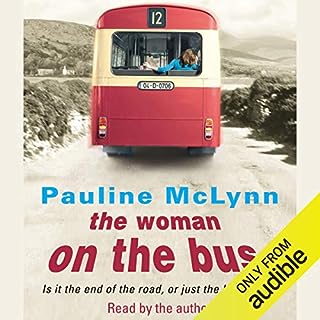 The bus from Dublin to Limerick has never meant much to the inhabitants of Kilbrody, until a woman steps off it, marches into the pub, and drinks herself into oblivion. When she finally wakes up, several days later, it is to discover that Charlie Finn (who put her to bed), the local garda, and indeed the whole village are talking about her. Who is the woman on the bus? The question is, will she tell them?

I chose this book recently because of the previous reviews. I was in no way disappointed! It was a sheer pleasure from start to finish and now i'm going to chose another book by the same author.
Pauline McLynn is not only an accomplished actress but can also give Maeve Binchey a run for her money. Ms McLynn's narration of her own book ensured it was that it was a warm, funny, 'feel good' book.
I hope her others are just as good though this is a hard act to follow!. 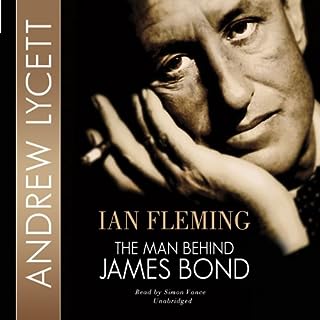 Thoroughly researched this is a must for any Bond enthusiast.
His entire life story is told 'warts and all' by a narrator with a suitably clipped English accent. Not being a James Bond fan myself I found this biography a bit lengthy and too indepth. On the other hand I was fascinated by Ian Fleming's life which was anything but normal.
Definitely worth a listen if you enjoy biographies. 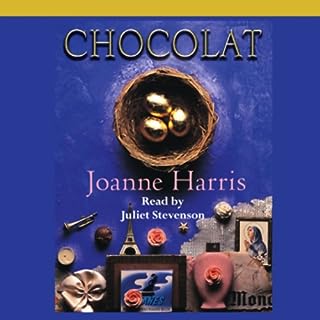 When an exotic stranger, Vianne Rocher, arrives in the French village of Lansquenet and opens a chocolate boutique directly opposite the church, Father Reynaud identifies her as a serious danger to his flock, especially as it is the beginning of Lent, the traditional season of self-denial. War is declared as the priest denounces the newcomer's wares as the ultimate sin.

Too long and descriptive.

It's my own fault I should have listened to the abridged version. I found this far too descriptive and had I have been reading this book would probably have skipped lots of pages.
I think because of this I didn't enjoy the book and suggest to anybody thinking of chosing it would recommend the shortened version. I have heard other Joanne Harris books which I've enjoyed more. The storyline is ok though, just too long-winded for me. 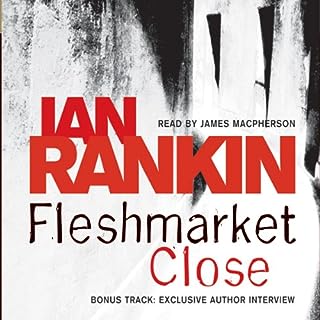 Winner of the British Book Awards, Crime Thriller of the An illegal immigrant is found murdered in an Edinburgh housing scheme. Is it a racist attack, or something else? Rebus is drawn into the case, but he has other problems: his old police station has closed, and his masters would rather he retire than stick around. As Rebus investigates, he must visit an asylum seekers' detention centre, deal with the sleazy Edinburgh underworld, and maybe even fall in love. Meanwhile, Siobhan has problems of her own.

Personally this was my least favourite Rankin book so far. This is solely because of the storyline which I found a bit dark and perhaps too political(?).
Another good listen though which should please the Rebus fans. 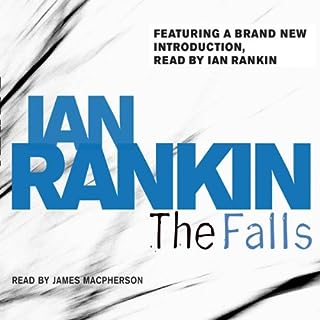 A student has gone missing in Edinburgh - completely out of character. She's not just any student, though, but the daughter of extremely well-to-do and influential bankers. There's almost nothing to go on, until Detective Inspector John Rebus gets an unmistakable gut feeling that there's more to this than just another runaway spaced out on unaccustomed freedom, or worse. Two leads emerge: a carved wooden doll in a toy coffin, found in the student's home village, and an Internet role-playing game.

I thoroughly enjoyed this book. I thought James McPherson's narration was spot on. Ian Rankin manages to come up with very diverse and compelling storylines whilst his main character Rebus muddles his way through life.
Very enjoyable. 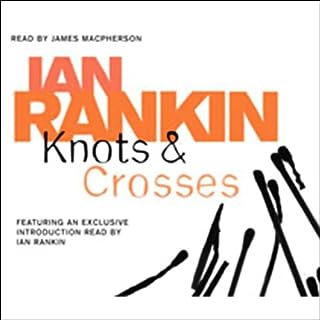 After the brutal abduction and murder of two young girls, now a third is missing, presumably gone to the same sad end. Detective Sergeant John Rebus, smoking and drinking too much, his own daughter spirited away by his estranged wife, is one of many policemen hunting the killer. Then, the messages begin: knotted string and matchstick crosses taunt Rebus with a puzzle only he can solve.

I took this story on holiday with me and was so engrossed I didn't want to stop listening. This is expertly written and the narration by Bill Paterson is superb. As this is the first Rebus book you get to know the main characters and their backgrounds. If you like this book you're sure to love the others. I was sorry when it finished but also felt satisfied. It was the best book i'd listened to in ages. I have heard 2 others read by James McPherson which were equally as good but now I feel personally that I should have started at the beginning. Ian Rankin is certainly consistant and I think everyone should have at least one Rankin book in their collection. 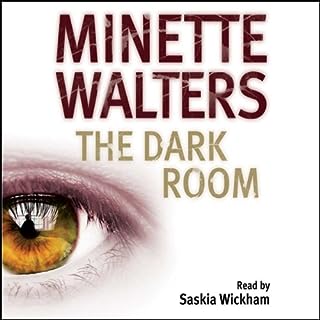 The newspapers reported the case with relish. Jinx Kingsly, fashion photographer and heiress, tried to kill herself after being jilted by her fiancé, Leo Wallader. Leo has since disappeared, together with Jinx's best friend, Meg Harris. But when she wakes from her coma, Jinx can remember nothing about her alleged suicide attempt. Then the memories begin to surface: memories of utter desperation and absolute terror.

Great listening with plenty of twists.