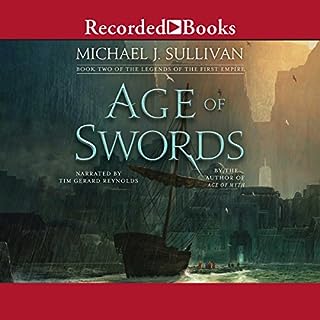 Raithe, the God Killer, may have started the rebellion by killing a Fhrey, but longstanding enmities dividing the Rhune make it all but impossible to unite against the common foe. And even if the clans can join forces, how will they defeat an enemy whose magical prowess renders them indistinguishable from gods? The answer lies across the sea in a faraway land populated by a reclusive and dour race who feel nothing but disdain for both Fhrey and mankind.

Took a little while to get into the story but once I did, I thoroughly enjoyed it. Much more action packed storylines than the first book in the series and the depth of the characters as it all progresses is worth the perseverance. Nice to see some strong female characters that are believable. 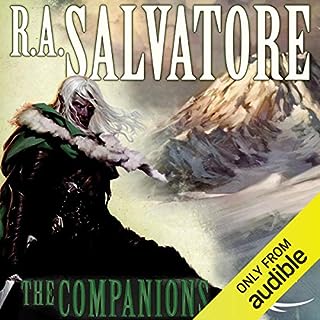 This latest installment in New York Times best-selling author R.A. Salvatore's beloved fantasy saga, The Companions moves Salvatore's signature hero Drizzt into a new era of the Forgotten Realms. As Drizzt's fate hangs in the balance, he reflects on the lives of the trusted allies who stood by his side throughout his early life - the friends now known as the Companions of the Hall. Meanwhile, the first stirrings of the Sundering begin.

I have enjoyed all of the Drizzt books so far and have enjoyed this one more so than the last trilogy with the resurrection of some old familiar characters, but can someone please teach victor how to pronounce parent?😁 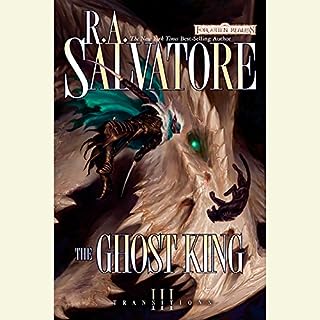 When the Spellplague ravages Faerûn, Drizzt and his companions are caught in the chaos. Seeking out the help of the priest Cadderly - the hero of the recently reissued series The Cleric Quintet - Drizzt finds himself facing his most powerful and elusive foe, the twisted Crenshinibon, the demonic crystal shard he believed had been destroyed years ago.

I liked this book the most out of this series but was glad to be on to the next collection that had victor bevine narrating. Found the narration hard to follow with strange flow of sentences and different pronunciations of names and places confusing and the American accent was just too strong for me.