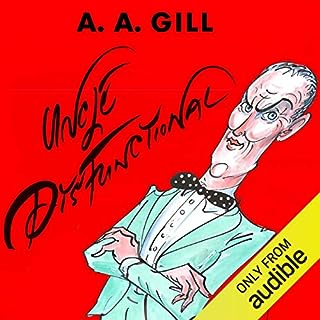 From 2011 up until his death at the end of 2016, the inimitable AA Gill reigned supreme as Uncle Dysfunctional, Esquire's resident advice columnist. In this raffish, hilarious, scathing yet often surprisingly humane collection, Gill applies his unmatched wit to the largest and smallest issues of our time. Whether you're struggling to satisfy your other half, having a crisis over your baldness, don't like your daughter's boyfriend or need the definitive rules on shorts, leather jackets and man-bags, AA Gill has all the answers - but you'd better brace yourself first.

I liked this audiobook, it was funny and well-read but was a little too rude for me personally. I think it all depends on your sense of humour. 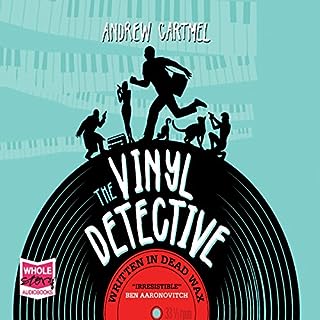 He is a record collector and a connoisseur of vinyl, hunting out rare and elusive LPs. His business card describes him as the Vinyl Detective, and some people take this more literally than others. For example, the beautiful, mysterious woman who wants to pay him a large sum of money to find a priceless lost recording on behalf of an extremely wealthy yet shadowy client. And so begins a painful and dangerous odyssey in search of the rarest jazz record of them all....

Audible kept suggesting this audiobook to me and I kept ignoring it; I didn't fancy it given the blurb. Then, it was a Daily Deal, so I decided to give it a go. It was AMAZING. The story is imaginative and original, the narration is flawless, and there are so many twists, you never know where the story will go next. Cannot wait to buy the rest of the series. Highly enjoyable, cozy crime story. 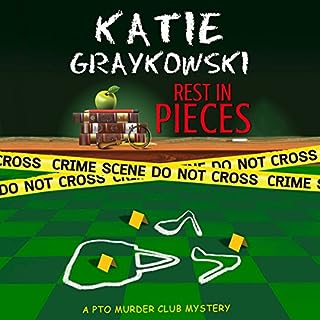 All is quiet in Lakeside until Molly Miars, the kindergarten teacher, is found dead. According to the new police chief, she overdosed on heroin. That doesn't explain why her head was the only body part to make it to her funeral. Mustang and her fellow PTOers don't buy the heroin overdose for a second. Vowing to do right by Molly, the PTO decides to investigate. Quickly they find that Lakeside isn't the quiet, sleepy town it appears to be. There is a dark side - money laundering and drug trafficking.

I really enjoyed this audiobook- the characters are interesting and likeable, the plot has plenty to keep you guessing, and the narration is flawless. I haven’t read/listened to any other books by this author, but I certainly intend to. 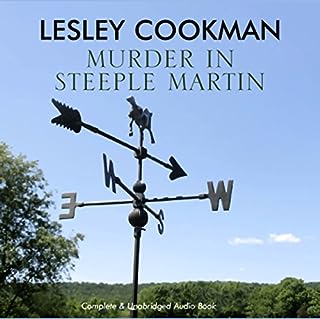 Ex-actress Libby Sarjeant is producing and directing a play in her home village of Steeple Martin. She never expected her exciting new venture to lead to romance: and she certainly didn't expect mystery, intrigue, and murder. When a series of accidents culminates in murder being committed, Libby is compelled to find out if its roots are in the past or the more sordid present. A cast of local characters alternately helps and hinders her, including Fran the sceptical psychic and Sidney the guard cat.

I enjoyed this cozy audiobook- the main character was likeable, and so were a lot of the other characters. However, I struggled to follow the story at times due to so many interlinked characters being introduced within a short amount of time. 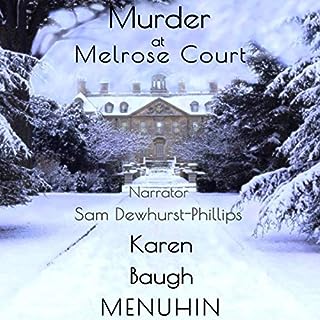 It's 1920, and Christmas is coming. Major Lennox finds a body on his doorstep - why on his doorstep? Was it to do with the Countess? Was it about the ruby necklace? Lennox goes to Melrose Court, home to his uncle, Lord Melrose, to uncover the mystery. But then, the murders begin, and it snows, and it all becomes very complicated.

I enjoyed this audiobook so much that I bought the sequel before I’d even finished this book.

The narration is really good, the plot was interesting with lots of twists, and the characters are likeable.

I will definitely be looking out for more books by this author. 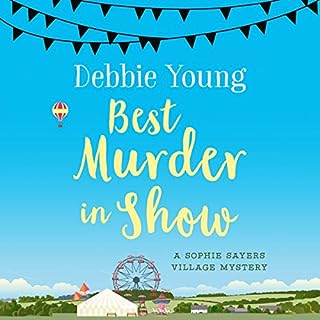 A dead body on a carnival float at the village show. A clear case of murder in plain sight, thinks new arrival Sophie Sayers - but why do none of the villagers agree? What dark secrets are they hiding to prevent her unmasking the murderer, and who holds the key to the mystery?

I enjoyed this cozy audiobook; the narration was good, and the plot was original.

However, I didn’t like the main character; she just seemed a bit too up herself to me- going round announcing she’s a writer when it’s just something she plans to try.

Also, a lot of the dialogue is unrealistic and comes across as stilted. 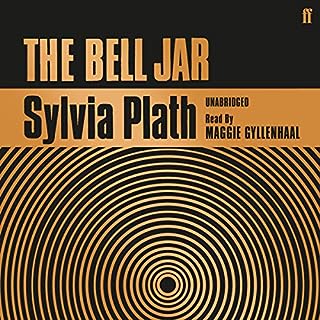 Read by the critically acclaimed actress Maggie Gyllenhaal. When Esther Greenwood wins an internship at a New York fashion magazine in 1953, she is elated, believing she will finally realise her dream to become a writer. But in between the cocktail parties and piles of manuscripts, Esther's life begins to slide out of control. She finds herself spiralling into depression and eventually a suicide attempt as she grapples with difficult relationships and a society which refuses to take women's aspirations seriously.

What can I say

This book is incredible. It’s written beautifully, and with great skill. I can see why it was a controversial book, but also why it is an important book for people to study.

The narration is very good, and I would highly recommend this audiobook. 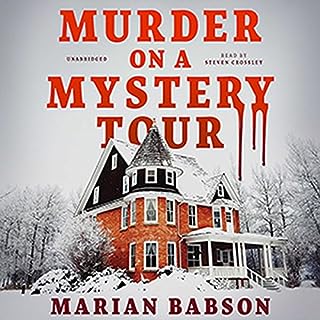 Reggie and Midge, genteel husband and wife who live in what was the family's more or less stately home, are now the reluctant managers of Chortlesby Manor Hotel, an English country inn of no particular distinction. But even this transformation will not solve their financial problems. The possibility of succor comes instead in a transatlantic phone call from Midge's old classmate, Victoria, who is arranging "mystery tours" of the English countryside for American visitors and wants to use Chortlesby Manor as one of the locales of her staged murders.

I really enjoyed this cosy mystery; they handled a challenging situation (people playing characters) very well. The narration was lively, and I would definitely look out for more books by this author. 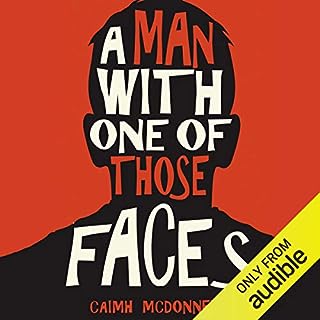 The first time somebody tried to kill him was an accident. The second time was deliberate. Now Paul Mulchrone finds himself on the run with nobody to turn to except a nurse who has read one-too-many crime novels and a renegade copper with a penchant for violence. Together they must solve one of the most notorious crimes in Irish history. Or else they’ll be history.

I enjoyed this audiobook; the narration was lively, the story was interesting, and there were some really funny bits. So why four stars? Honestly, although I enjoyed it, I didn’t engage enough with any of the characters to want to hear any of the other books in the series, and even lost interest in this one at times. 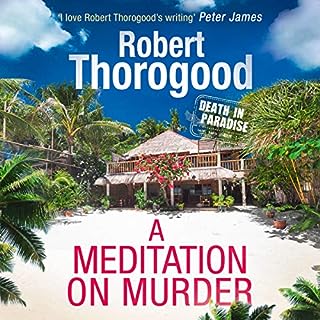 Aslan Kennedy has an idyllic life as leader of a spiritual retreat for wealthy holidaymakers on one of the Caribbean's most unspoilt islands, Saint Marie. Until he's murdered, that is. The case seems open and shut: when Aslan was killed, he was inside a locked room with only five other people, one of who has already confessed to the murder. Detective Inspector Richard Poole is hot, bothered, and fed up with talking to witnesses who'd rather discuss his aura than their whereabouts at the time of the murder.

Great for fans, but not a great book

I am a big fan of the TV show and so bought this audiobook to give it a go. The plot was good, and I loved the characters before I even started the book, but the writing isn’t great. There is a lot of repetition; someone will speak then there will be a dialogue tag which says the exact same thing. It’s a shame as it let down an otherwise fantastic audiobook.