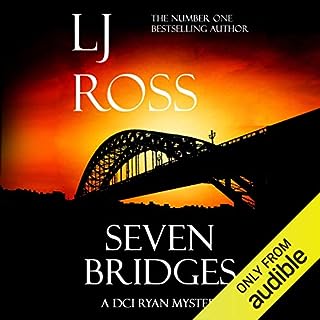 It's been five months since a killer walked free, and DCI Ryan is preparing to leave Newcastle to hunt him down - this time for good. But Ryan's plans are scuppered when events take a dramatic turn and he is forced to stay and face his past one last time or watch a friend suffer the consequences. Amid the chaos, another killer is preparing to strike. When the Tyne Bridge explodes, Ryan's team are faced with a frantic race to uncover a deadly foe who won't stop until every bridge is burned, along with everybody on it....

Possibly one of the most earnestly serious and dull detective stories I have ever read. 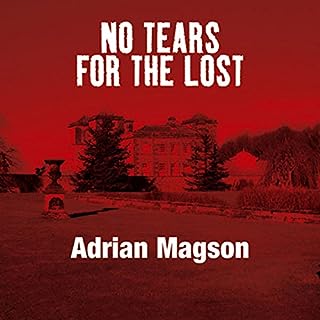 For once, Riley Gavin and Frank Palmer are singing from different hymn sheets. Riley wants to find out what dark secrets former diplomat Sir Kenneth Myburghe is hiding. And it's Frank's job, as Sir Kenneth's bodyguard, to keep journalists like Riley at bay. But not for long.

I was very disappointed in this book, especially as I enjoyed Magson’s other series. The characters were not well described, and the story was predictable and very thin. The narrator was particularly irritating. I was left wondering if he was taking the task seriously at all. It sounded like a pastiche of a thriller. I can’t tell you the denouement because I couldn’t be bothered listening to the last hour. 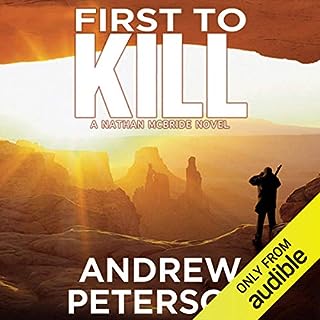 When you're the best at what you do, it's not always easy to walk away. Nathan McBride was retired. The trained Marine sniper and covert CIA operative had put the violence of his former life behind him. But not anymore. A deep-cover FBI agent has disappeared along with one ton of powerful Semtex explosive, enough to unleash a disaster of international proportions. The U.S. government has no choice but to coax Nathan out of retirement.

Rather an unpleasant book

I’ve been looking for a new series to listen to. I like Crais, Michael Connelly and the odd Jack Reacher. I put it on as I got ready for sleep, hoping I would meet an interesting new character. What I was bombarded with were scenes of torture, severed fingers and a lot of gratuitous gore . I won’t return the book because I returned one not long ago and don’t want to get a reputation for taking advantage of Audible, but I certainly won’t listen to anymore of this ludicrous story. 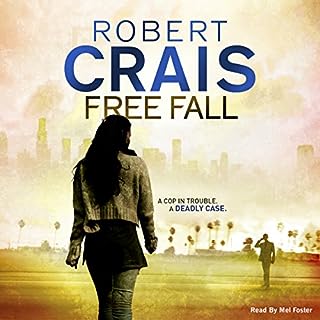 Elvis Cole is just a detective who can't say no, especially to a girl in a terrible fix. And Jennifer Sheridan qualifies. Her fiance, Mark Thurman, is a decorated LA cop with an elite plainclothes unit, but Jennifer is sure he's in trouble - the kind of serious trouble that only Cole can get him out of.

I’ve been thinking about these Elvis Cole books narrated by Mel Foster. I have nearly all of the series and hoped that I could get used to his voice. I ordered more credits and ordered Free Fall. It was a mistake. His voice is dreadful. I couldn’t listen to it and had to return the book. I hope that somebody better tells the next Joe Pike story which is due out in June next year.. 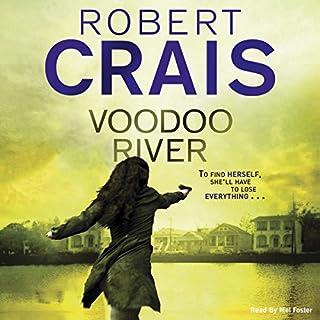 Hired to uncover the past of Jodi Taylor, an actress in a hit TV show, Elvis leaves his native Los Angeles to head for Louisiana in search of Jodi's biological parents. But before he can tackle the mystery of Jodi's background, he is up against a whole host of eccentrics, including a crazed Raid-spraying housewife, a Cajun thug who looks like he's been made out of spare parts and a menacing hundred-year-old river turtle named Luther.

The story is fine, but the narration is slow and plodding. Hard to listen to for very long. I guess it makes the book last longer! 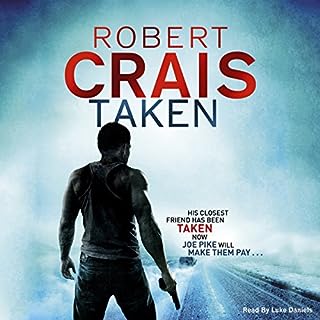 Elvis Cole. All round nice guy. Always the first man to help a stranger in distress. This time, however, he's paid the ultimate price for trying to be the good Samaritan. Joe Pike. A fierce protector and a dangerous enemy. This time his tough guy exterior will be tested to the limit as he risks everything to save his closest friend. The clock is ticking now that Elvis has been Taken.

I’m sorry I bought this book. It is full of gratuitous violence. I don’t know whether Crais was trying to make a political point about people trafficking and kidnap, but it didn’t make for pleasant reading. I felt he was grappling for a plot and unfortunately the result wasn’t very satisfactory. The first Elvis Cole book I haven’t enjoyed. Don’t buy this in the hopes you might enjoy it.