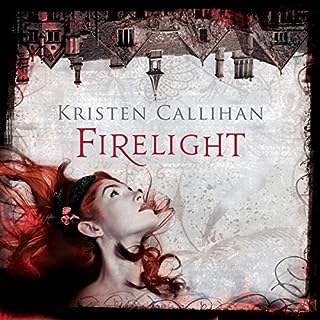 London, 1881. Miranda Ellis is a woman tormented. Plagued since birth by a strange and powerful gift, she has spent her entire life struggling to control her exceptional abilities. Yet one innocent but irreversible mistake has left her family's fortune decimated and forced her to wed London's most nefarious nobleman.... Lord Benjamin Archer is no ordinary man. Doomed to hide his disfigured face behind masks, Archer knows it's selfish to take Miranda as his bride.

another gem by Kristen Callihan

different genre from the other books by the author and well worth it. looking forward to hearing the next in the series.
Moira Quirk gives a great performance. 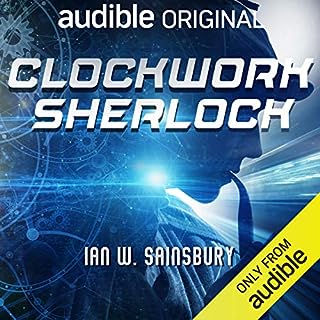 A thrilling new adventure featuring literature’s favourite detective like you’ve never seen him before. The first in a series, Clockwork Sherlock follows ex-soldier Captain Jo Barnes. The mysterious VR detective singles her out as his own Dr Watson, but he’s about to find out she’s no fawning sidekick. When tech giant Robert Fairfield is found dead of a suspected drug overdose, fingers are pointed at the two women who stood most to gain from his death: his fiancée and leader of the New Ludds, Greta Blackstone, and Beth Fairchild, Robert’s ambitious daughter.

This came as a suggestion while working through The complete Sherlock Holmes narrated by Stephen Fry (brilliant) and is a very good listen.
A good story and pays homage to Doyle's characters and writing plus including a compelling sub story.
I will be looking out for others in the series and by the author. 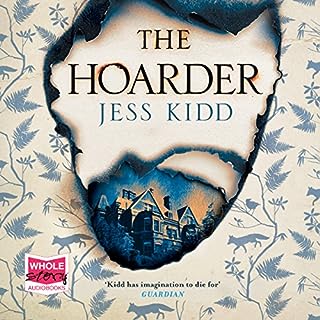 Maud Drennan - underpaid carer and unintentional psychic - is the latest in a long line of dogsbodies for the ancient, belligerent Cathal Flood. Yet despite her best efforts, Maud is drawn into the mysteries concealed in his filthy, once-grand home. She realises that Cathal, and the junk-filled rooms, are opening up to her. With only her landlady and a troop of sarcastic ghostly saints to help, Maud must uncover what lies beneath Cathal's decades-old hostility and the strange activities of the house itself.

Really enjoyed this story and performance

A good story that kept my interest from the start to the end.
This is the second narration I have listened to by Aoife McMahon a great voice and good characterization.
Got this as an offer but will look for the author again. 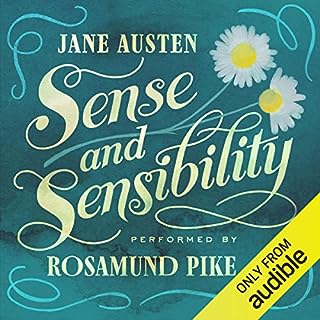 In this Audible Exclusive production, Academy Award® nominee Rosamund Pike (Gone Girl) narrates one of Jane Austen’s most beloved works, Sense and Sensibility. In this timeless tale of misguided romance and heartbreak, two teenage heroines must overcome the pitfalls of Georgian England’s high society in order to achieve the love and happiness they seek. The admiration that Pike has for Austen’s work is shown clearly through this passionate delivery of Austen’s first published novel.

great story and the voice of Rosamund Pike.

Purchased after hearing Rosamund Pike narrating Pride and Prejudice also very good. This did not disappoint.
Very easy to listen to and brought the book to life. 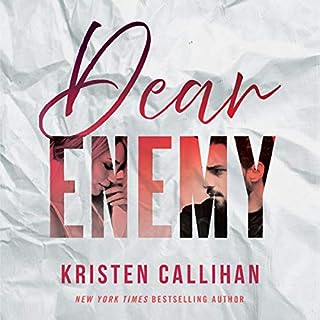 As kids, they hated each other. Macon Saint was beautiful, but despite his name, Delilah knew he was the devil. That he dated her slightly evil sister, Samantha, was no picnic either. When they broke up, it was a dream come true: Delilah never had to see him again. Ten years later, her old enemy sends a text. Delilah's sister has stolen a valuable heirloom from Macon, now a rising Hollywood star, and he intends to collect his due. One problem: Sam has skipped town.

what a good story and performance.

Read this book on KU and thoroughly enjoyed it. The audio performance was no less enjoyable and the characters were brought to life.
Both pleased and sorry to get to the end. 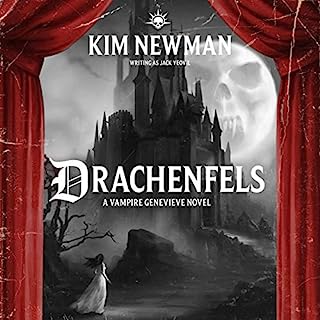 Detlef Sierck, the self-proclaimed greatest playwright in the world, has declared that his next production will be a recreation of the end of the Great Enchanter Drachenfels - to be staged at the very site of his death, the Fortress of Drachenfels itself. But the castle's dark walls still hide a terrible secret which may make the opening night an evening to remember!

could not quite get into this one

Got this after listening to the Anno Dracula's book that. I enjoyed and liked the character of Genevieve who is billed as the title character.
This was totally different and I could not get into the story or characters. Classed a a Warhammer story that is beyond me.
Narrator is good with a pleasant voice. 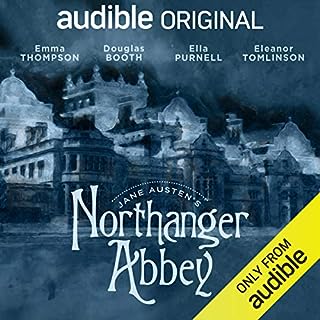 A coming-of-age tale for the young and naïve 17-year-old Catherine Morland, Northanger Abbey takes a decidedly comical look at themes of class, family, love and literature. Revelling in the sensationalist - and extremely popular - Gothic fiction of her day, the story follows Catherine out of Bath to the lofty manor of the Tilneys, where her overactive imagination gets to work constructing an absurd and melodramatic explanation for the death of Mrs Tilney, which threatens to jeopardise her newly forged friendships.

IMHO the most enjoyable Austen story.

Really enjoyed this performance and will listen again. Emma Thompson's narration and a good cast make this a compelling listen. 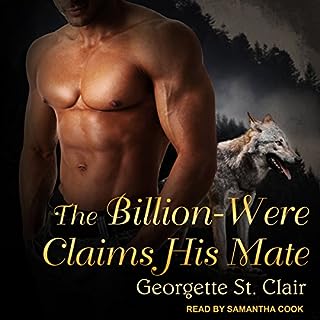 Curvy fox shifter Savannah Orman has enough on her plate without the world's sexiest wolf shifter, Austin Bronson, trying to stake his claim on her. Her family is crazy, her mom keeps meddling in her non existent love life, and their restaurant is about to be repossessed by a jerk who calls himself "The Lord of All Foxes". All she wants to do is save her family's business with her side job as a bounty hunter.

This is the last in the Bronson bros series and all have been good as have all the stories by Georgette St. Clair that I have listened to. 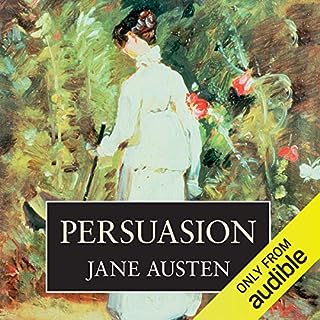 Persuasion, Jane Austen's last novel, is a tale of love and marriage told with irony and insight. Anne Elliot and Captain Wentworth have met and seperated years before. Their reunion, after the passage or irrecoverable years of their youth, forces a recognition of the false values that drove them apart.

All of the Austen stories are classics and this unabridged version read by Greta Scattchi is well performed and easy listening.