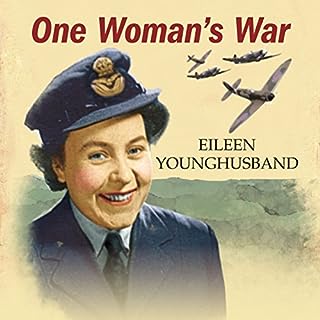 The Second World War is dominated by heroic tales of men defending their country against a formidable enemy, but what about the women who also played their parts in fighting for freedom? Eileen Younghusband was just 18 when she joined the Women’s Auxiliary Air Force (WAAF). She quickly demonstrated her keen intellect and mathematical skills, playing a crucial role in Fighter Command's underground Filter Room.

Really loved this book , it gives so much fact in an enjoyable story, she was one special lady