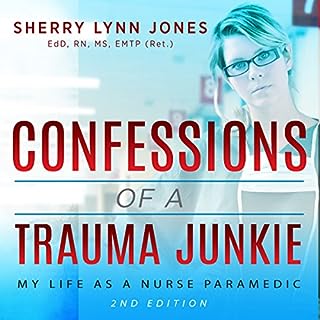 Share the innermost feelings of emergency services workers as they encounter trauma, tragedy, redemption, and even a little humor. This audiobook details a progression from innocence to enlightened caregiver to burnout, glimpsing into each stage personally and professionally.

An interesting look into a nurse paramedic's life

I've come back to this book a few times and I am still trying to understand how I feel. In a good way. It's left me thinking over how we treat medical professionals and I don't think I could do it as a job, but it is interesting to hear about and learn about what people do in their day-to-day life. It can be a little graphic at times, so weak stomachs may find it difficult, but I had no problem in general. It is interesting and it feels honest and real, which I'm sure was the goal. 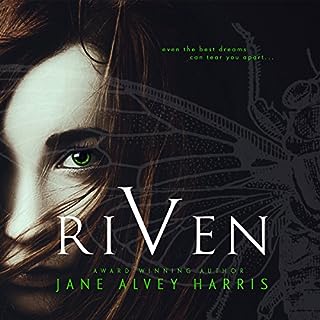 Which reality would you choose? Seventeen-year-old Emily's dad is in prison for securities fraud and her mom's strung-out on pain meds, leaving Emily to parent herself and her younger brothers and sister. She's got things mostly under control until a couple weeks before Dad's release, when voices start whispering in her head, and Gabe, the hot lifeguard at the pool, notices the strange brands engraved on her arm...the ones she's trying desperately to hide. Emily doesn't know how the symbols got there or what they mean. They appeared overnight and now they're infected and bleeding.

Great Start to the Trilogy

Jane does a wonderful job setting up the scene and she offers an insight into Emily's life. Her imagination is astonishing, and it is truly her escape, so much has been put onto her that she needs that escape to keep her sanity. It is never easy when an abuser returns. Jane did the narration as well, and I do not think anyone else could have done it justice, she truly cares so much for this book she has written. I cannot wait for the next part of this trilogy. 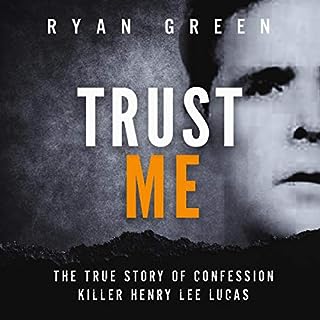 On June 5, 1983, Henry Lee Lucas was arrested for the unauthorised possession of a handgun. The police believed that he was linked to the disappearance of two females, so they used the opportunity to apply pressure and encourage a confession. After four days in custody, Lucas confessed to killing the two women.

I've listened to many books by Ryan and narrated by Steve, these two are one of my favourites to come back to. Steve narrates so well that it adds to Ryan's writing and really draws you into the story being told. I knew nothing about Henry Lee Lucas, and I was drawn into this and finished it in one sitting (granted, it is a shorter story). It was well written and flowed wonderfully. 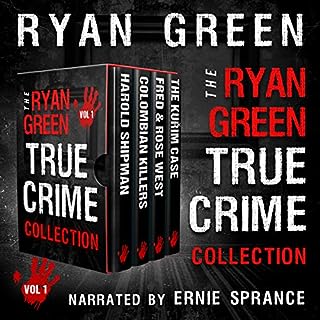 Four chilling true-crime stories in one collection from the best-selling author Ryan Green. Volume one contains some of Green’s most fascinating accounts of violence, abuse, deception, and murder.

I feel like I'm repeating myself a lot with Ryan's books, although I do believe this is my first introduction to Ernie narrating. Ryan has the ability to write in a way that is captivating and he makes it seem as though no time passes when you listen to his books - although Ernie may have had something to do with that as well. The narration was truly well done. 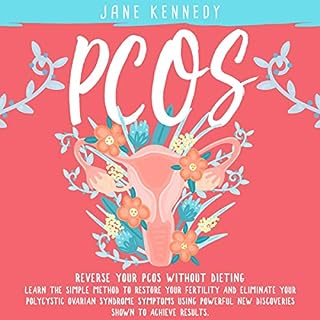 Often times, pesky and frustrating symptoms such as weight gain, unwanted hair growth, and acne persist for years unnecessarily, simply because the majority of women diagnosed with Polycystic Ovarian Syndrome are left uninformed of all the treatment options at their disposal. And the longer these harmful symptoms persist, the more likely the damage will become permanent!

I've been diagnosed with PCOS for a while, and I get into moods where I research more about it and how the symptoms impact me in others ways along with fertility. This book does offer a lot of information and granted, there are a few instances where words are pronounced in a way that was jarring, but it did not take away from the experience. There is a nice focus on the actuality of PCOS, not just a 'here is how you lose weight' which a lot of resources do seem to be. I do think this is a good place for someone to search for answers to their problems with this diagnosis. 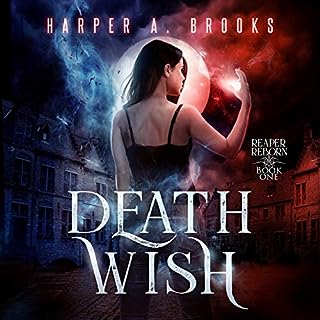 Life’s a b*tch-but what comes after isn’t much better. Jade Blackwell, a paranormal reaper, helps supernaturals cross over after death. Her job comes with lots of rules-but not following them is kind of her thing...until it ends up involving her in something much deadlier than she ever imagined...With supernaturals everywhere in danger, and the balance between good and evil tipped for the worst, Jade must choose between her own eternal afterlife...or the living world she so desperately wants to be a part of. Either way, death is coming.

Jade works to save her friend

Jade is a someone who helps supernaturals cross over after death. Demons have managed to cross realms and are impregnating people, Jade's friend is one of these people and Jade sets off on a path to help save her friend.

This is an interesting story of someone doing whatever they can to help the people that they love, and it really does draw you into the tale being told. There is a lot to unpack, but it is truly worth listening to. It is a good way to spend nine hours, and the story is so rich and entertaining. 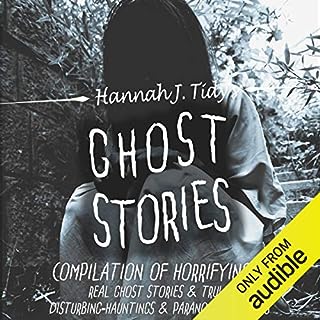 Discover the horrible facts of these true ghost stories! Warning: Please be aware. All the stories in this book have been verified as being true ghost stories from around the world. These stories are not hoaxes - they are backed up by facts. May be disturbing for some! When you download Hannah J. Tidy's Ghost Stories: The Most Horrifying Real Ghost Stories, your skin will crawl with the idea that these stories are real - and could happen to anyone.

These are a set of interesting tales of ghost sightings and experiences and it really does make things seem a little more believable. There were a few that did stick with me and give me a few uneasy feelings afterwards. They really were interesting to read though 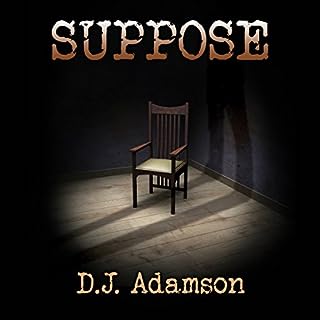 A Story of Blackmail and False Accusations

^ That is the best summary, and it really does take you on a journey as you listen to it. It is so well written and well narrated that I know it'll be one I come back to. Reagan's voice is soothing and perfect for this story. 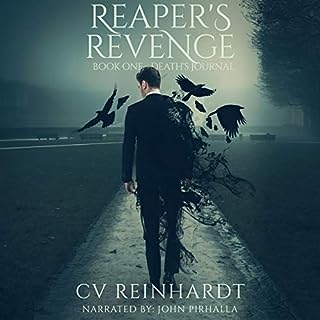 Cloudan Coustre isn't the driving force to save humanity, the universe, or even the kitten stuck in his neighbor's tree. He isn't a father, brother, spouse, nor significant other to anyone. When it comes right down to it, Cloudan Coustre isn't even alive. What is he then? He is the embodiment of death, this day and age's version of the Grim Reaper. Mr. Coustre is fed up with life as death, but what is a deity in middle management to do to effect change? More importantly, what happens when he figures that out?

Cloudan is the Grim Reaper in this tale, and this story is so filled with lore and backstory linked to myths that I hadn't heard of as in-depth as a few others may have. Still, there was no struggle to read what happens and it works well at introducing and explaining the myths in a way that wouldn't seem condescending - at I don't think it would. Cloudan's personality is everything I adore in leads of a story, the wit and charm always draws me in. It truly is a wonderfully written tale that I will likely listen to again and again 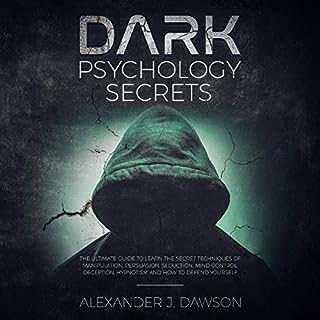 One of the worst things that happen to us is getting fooled and realizing later that someone we trusted turned against us. You wish you could turn back the hands of time and say no to being fooled. You realize you were manipulated into helping someone obtain their selfish favors. However, everything can be remedied. This audiobook will help you take control of your situation and protect yourself and those you love by giving you all the necessary tools that will allow you to identify those "dark" people and explaining all the techniques to prevent being manipulated.

To be honest, I picked this up thinking that it'd be filled with the normal 'tricks' that people use, but there were some in here that aren't talked about or shown as a gimmick. Psychology is a tricky thing to read about for me, I am a Psych graduate, but this does read easily and it's in simple terms and almost bite-sized information that is easy for those not too invested in psychology to understand. It is a really nice book for people that aren't research students themselves. There are a few points in here I am tempted to fact-check, but I do not doubt that research has been done by Alexander. This is a nice book