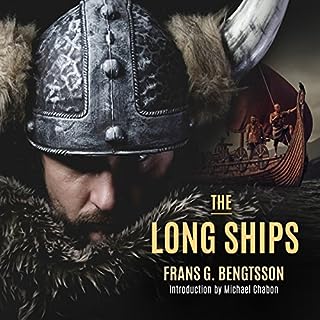 Bengtsson's hero, Red Orm-canny - courageous and above all lucky - is only a boy when he is abducted from his Danish home by the Vikings and made to take his place at the oars of their dragon-prowed ships. Orm is then captured by the Moors in Spain, where he fights for the Caliph of Cordova. Escaping from captivity, Orm washes up in Ireland, where he marvels at those epicene creatures, the Christian monks, and from which he then moves on to play an ever more important part in the intrigues of the various Scandinavian kings and clans and dependencies.

I loved it. Piity it is not one of a long series. Could manage many more. 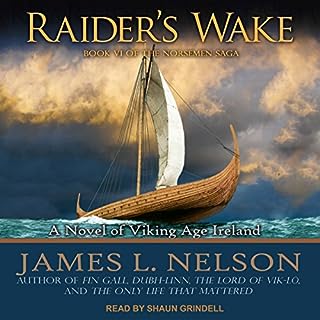 After the treachery and slaughter they met during the raid on Glendalough, Thorgrim Night Wolf and his small band of surviving Northmen have returned to Vik-lo, where Thorgrim again sits as lord of the Viking longphort. But the Northmen are a restless lot, and soon they find themselves eager to put to sea. Loading weapons and supplies aboard the four longships under Thorgrim's command, they set out in search of the rich merchant ships that now ply Irish waters. But not all cargoes are the same, nor all merchant captains easy targets for the Norse raiders.

Please don't keep us waiting for the next episode.

Latest in a wonderful series. Well written and narrated. Where will the Norsemen go next? Keep 'em coming James. 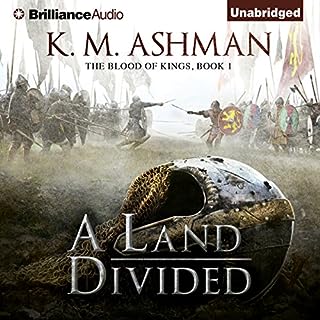 1081. William's bloody conquest is over and Britain is under Norman rule. But one bastion of resistance remains: Wales. A divided land where brother fights brother and kings battle for power. The English use this to further their own ends, and while one king is tempted by an offer he cannot resist, the others wage war over long-forgotten feuds.

Could not get into this book at all.
Too many unpronoucable Welsh names for my poor brain.