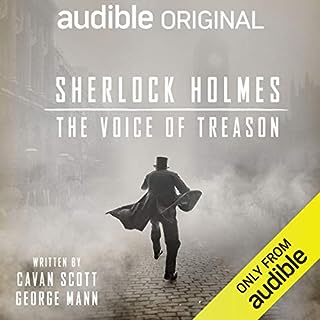 Investigating a crime seemingly unconnected to the Royal Family, Holmes & Watson uncover a conspiracy to kidnap Queen Victoria and destabilise the British Empire. With a ticking clock to her next public engagement, Holmes and Watson must discover who is behind the plot and locate her majesty, while Mycroft tries to keep the monarch’s disappearance a secret from the British people. At first, Holmes believes Moriarty is responsible for the abduction, but when the Napoleon of Crime is proved innocent, Holmes must work with his arch-nemesis to rescue the Queen.

this is a great book with excellent plot. it's nice to see homes back in action again.