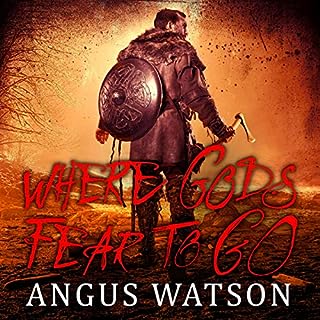 loved everything about this book. great tale, great characters and all greatly narrated. Angus is definitely one of my go to authors now!!! 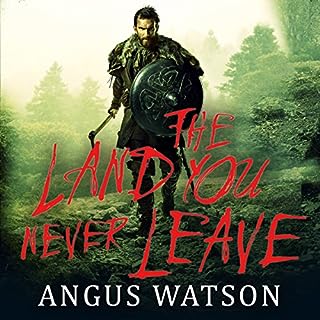 I'd give this 10 Cock Rocks if I could! Great Story Greatly Narrated. Straight into the 3rd book. 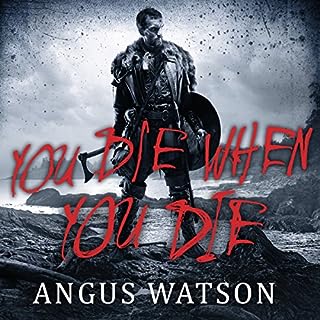 You can't change your fate - so throw yourself into battle, because you'll end the day either a hero or drinking mead in the halls of the gods. That's what Finn's tribe believe. But Finn wants to live. When his settlement is massacred by a hostile tribe, Finn plus several friends and rivals must make their escape across a brutal, unfamiliar landscape, and to survive, Finn will fight harder than he's ever fought before.

Great book, absolute joy to listen to, loved everything about it. Sean Barrett does a great good narrating Angus Watson's story! Straight on to book two! 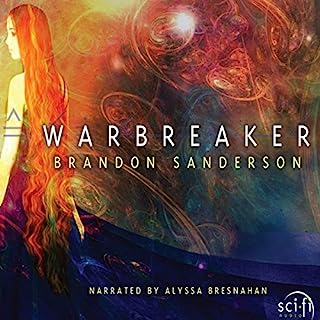 Warbreaker is the story of two sisters who happen to be princesses, the God King one of them has to marry, the lesser god who doesn't like his job, and the immortal who's still trying to undo the mistakes he made hundreds of years ago. Their world is one in which those who die in glory return as gods to live confined to a pantheon in Hallandren's capital city and where a power known as BioChromatic magic is based on an essence known as breath that can be collected only one unit at a time from individual people.

Great story, terribly narrated. Hooked from the very first page. but the American narrator was irritating 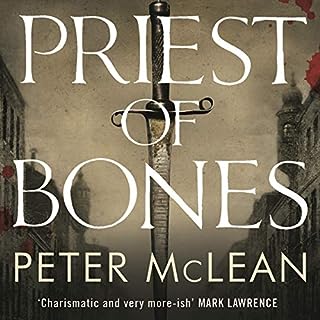 Tomas Piety takes his duties seriously: as a soldier, as a priest of Our Lady of Eternal Sorrows and as a leader of men. He has come home from the war to reclaim his family business, to provide for his men and to ensure the horrors of Abingon can never happen in Ellinburg. But things have changed: his crime empire has been stolen, and the people of Ellinburg - his people - have run out of food and hope and places to hide. With his best friend, Bloody Anne, his war-damaged brother, Jochan, and his new gang, the Pious Men, Tomas sets out to reclaim what was his.

Maybe it wasn't for me, after all this book seems to be much loved by many. I only finished because I wanted it to come good. it's basically Peaky Blinders, theres too many similarities between the two. 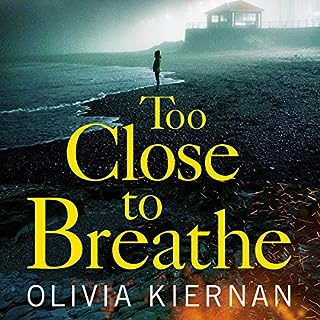 Polished. Professional. Perfect. Dead. Respected scientist Dr Eleanor Costello is found hanged in her immaculate home: the scene the very picture of a suicide. DCS Frankie Sheehan is handed the case, and almost immediately spots foul play. Sheehan, a trained profiler, is seeking a murderer with a talent for death. As Frankie strives to paint a picture of the killer and their victim, she starts to sense they are part of a larger, darker canvas, on which the lines between the two blur.

my first time listening to a crime story, and I enjoyed it. kept me guessing till the end! 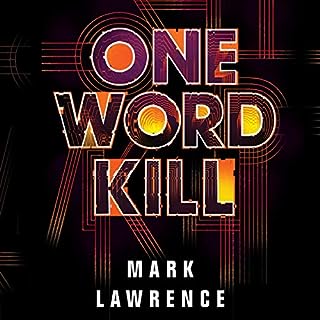 In January 1986, 15-year-old boy-genius Nick Hayes discovers he’s dying. And it isn’t even the strangest thing to happen to him that week. Nick and his Dungeons & Dragons-playing friends are used to living in their imaginations. But then a new girl, Mia, joins the group and reality becomes weirder than the fantasy world they visit in their weekly games. A strange - yet curiously familiar - man is following Nick, with abilities that just shouldn’t exist. And this man bears a cryptic message: Mia’s in grave danger, though she doesn’t know it yet.

Wasn't what I expected...

... but really enjoyed it. Finished Holy Sister, and went straight into One Word Kill, do you need to read Marks other works to enjoy this? No, but you should! 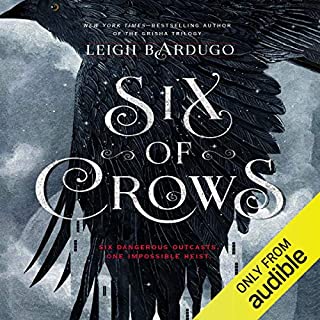 Ketterdam: a bustling hub of international trade where anything can be had for the right price - and no one knows that better than criminal prodigy Kaz Brekker. Kaz is offered a chance at a deadly heist that could make him rich beyond his wildest dreams. But he can't pull it off alone.

Six of Crows is a great Book, highly recommend it. The narrators however, were terrible. Audible need to realise American narrators don't work for Europe listeners, their accents are too far removed from our expectations. With SoCs we get a different Narrator for each POF, each with different name pronouncing, different accents. Found it really distracting. 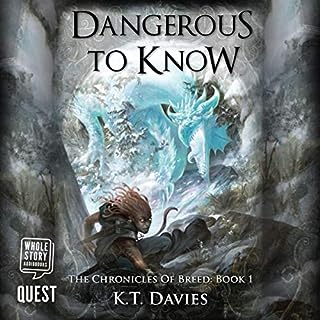 Deadpool meets Game of Thrones in this thrilling tale of demons, dragons and treachery. After Breed, a thief-assassin of small renown, is chased by a dragon, tricked by a demon, almost killed by a psychopathic gang boss and hunted by a ferocious spider, life really takes a turn for the worse. Sentenced to five years bonded servitude to a one-handed priest magician, Breed must find the hammer of the ancient hero known only as The Hammer of the North within a year and a day...or else.

After four hours I gave up. I found the main character too annoying, nothing like Deadpool. Also, the narrator leaves too long of a pause between sentences and I found that annoying and distracting. 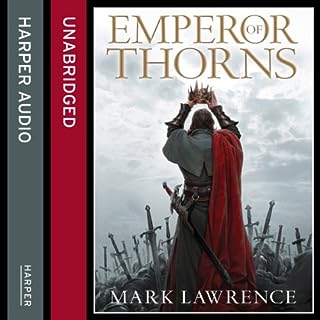 Lawrence brings the Broken Empire series to its devastating conclusion. The path to the throne is broken - only the broken can walk it. The world is cracked and time has run through, leaving us clutching at the end days. These are the days that have waited for us all our lives. These are my days. I will stand before the Hundred and they will listen. I will take the throne no matter who stands against me, living or dead, and if I must be the last emperor then I will make of it such an ending. This is where the wise man turns away. This is where the holy kneel and call on God.

From Book one, through book two and finally book three, it's been a pleasure to listen to Joe Jameson read the genius words of Mark Lawrence. Going to start Prince of Fools straight away, and I've already read that!!!