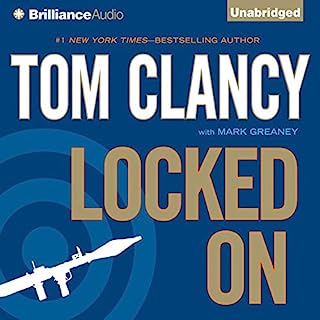 Although his father had been reluctant to become a field operative, Jack Ryan Jr. wants nothing more. Privately training with a seasoned Special Forces drill instructor, he’s honing his skills to transition his work within The Campus from intelligence analysis to hunting down and eliminating terrorists wherever he can—even as Jack Ryan Sr. campaigns for re-election as President of the United States.

Back on form Tom

I used to love a good Tom Clancy book but over the past few years he just seemed to have lost the plot.
Not with this I am please to say. It might not be his best but is still a great story well narrated. 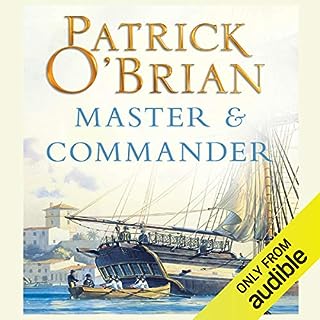 Master and Commander is the first of Patrick O’Brian’s now famous Aubrey-Maturin novels, regarded by many as the greatest series of historical novels ever written. It establishes the friendship between Captain Jack Aubrey RN and Stephen Maturin, who becomes his secretive ship’s surgeon and an intelligence agent. It displays the qualities which have put O’Brian far ahead of any of his competitors.

This is the first of a fantastic series of book. I have read them all. I must admit that the first time I read Master and commander I was not drawn straight into it. I found it to be a bit of a slow burn and O’Brian does not leave out any detail of life on board ship so there is a sea of very technical language that it is very easy to sink in. I persevered however and was soon lost in the world of the 19th century royal navy and the many adventures of Captain Jack Aubrey and his friend and Master Spy Stephen Maturin. The day I finished the last book was a sad day indeed but what a ride!
At the moment this and just one other of the books seem to be available in their unabridged form. I Have asked and beg any fans of the novel to join me in asking Audible to try and get the whole series available in the unabridged form on this side of the Atlantic where jack and Stephan would want them.