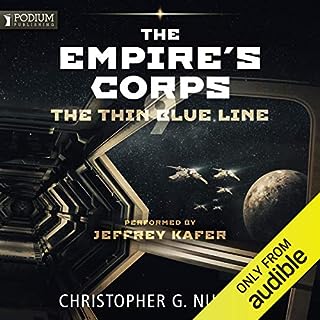 Earth has fallen - and humanity is holding its breath, waiting for the next blow to fall. On Terra Nova, Earth's oldest colony world, chaos and anarchy are threatening to break out, with total collapse only one disaster away. In a desperate attempt to save the rest of the Empire, the planet's Governor has summoned the leaders of the Core Worlds to Terra Nova, in hopes of sharing power and preventing civil war. But dark forces are on the move, intent on ensuring that the conference fails.