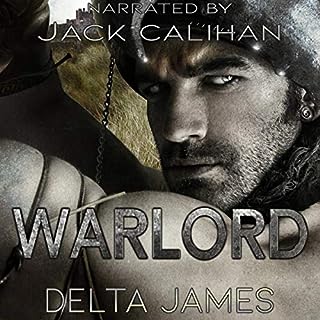 When Rowan inherited control of her pack upon her father's death, she vowed never to marry, and many a suitor has since been sent home disappointed. But Alaric of Ravenscar is no suitor.... He is a warlord, never defeated in battle, and he has come to take what he wants. He means to conquer not just Rowan's lands but her beautiful virgin body as well, and her efforts to defy him merely result in her being mounted and claimed with her well-spanked bare bottom still burning. Soon, Alaric will mark her as his mate, but first she will be thoroughly and shamefully mastered.

Loved this book, steamy paranormal read. I enjoyed the narrator he had such a lovely tone to his voice, looking forward to reading/listening to more by this author 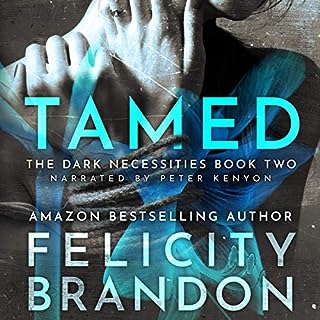 Lost in the woods, author Molly Clary is running for her life. After being trapped in the torrid dark world of Connor Reilly, Molly has made a desperate escape from the tantalizing torment, but little does she know what fate awaits her. Connor is both a man and a monster, and in the depths of his depravity, something scintillating will bloom between them. Molly finds that she is falling for the sadist, a dangerous attraction that will take her right to the brink.

Picking up from the moment book 1 ends, I don't want to reveal too much, but we get to know more about Conner and his past, great follow up story 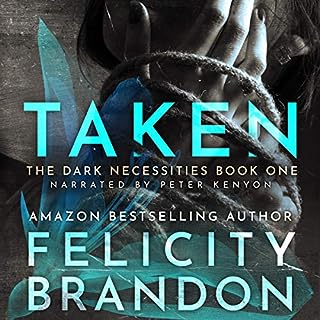 One obsessed fan. One captive author. Lost on the streets of a foreign city, Molly Clary is attacked after a book signing until an unknown hero steps in to protect her. But Molly’s relief soon turns to terror when her savior’s true intentions are revealed. Connor Reilly doesn’t just want to save her, he wants to take her for himself. Now, Molly’s fighting, not just for her life, but for the essence of who she truly is. If she’s going to survive in Connor’s dark, new world, she’ll have to learn to play his base games.

Wow what an enjoyable read, it was like a kinky Misery. Obsessed fan kidnaps their favourite author poor Molly does not what Conner has in store for her. Conner is depraved and plans to do everything with her he enjoys degrading Molly. I enjoyed this I thought the narrator was good, he had an easy listening voice.
The book is dark so do not expect a happy ending 5 stars 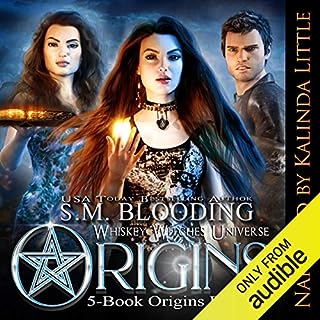 Detective Paige Whiskey is about to set off on a path that will change the course of her family’s lives forever. The Whiskeys are a powerful family in the paranormal community, but there’s a lot they don’t know. As they blunder down their path of discovery, they find shape-shifters, vampires, and much more that falls in their wheelhouse. The old days of witchcraft and demons is disappearing fast. By helping others, they're re-opening a war between witches and shifters. Do they help the shifters? Or prevent a war?

What a terrible audio turned it straight off

Awful waste of money, shame it sounded like a good read could not listen to it