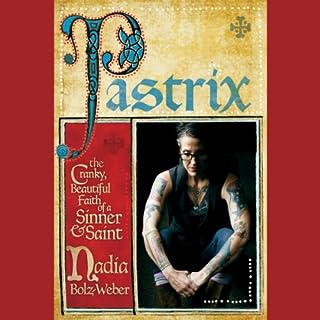 Nadia Bolz-Weber takes no prisoners as she reclaims the term "pastrix"(pronounced "pas-triks," a term used by some Christians who refuse to recognize female pastors) in her messy, beautiful, prayer-and-profanity laden narrative about an unconventional life of faith. Heavily tattooed and loud-mouthed, Nadia, a former stand-up comic, sure as hell didn't consider herself to be religious leader material-until the day she ended up leading a friend's funeral in a smoky downtown comedy club. Surrounded by fellow alcoholics, depressives, and cynics, she realized: These were her people. Maybe she was meant to be their pastor.

This book spoke to so many parts of me. I cried in almost every chapter. Thank you Nadia 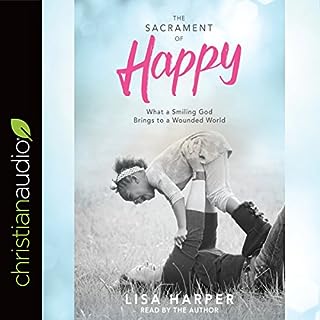 Imagine hearing your physician tell you that chips and queso contain more nutritional benefits than kale and quinoa. Or opening an envelope that looks like just another bill, and unfolding instead an official document declaring you the sole beneficiary of an anonymous billionaire's estate. In her new book, The Sacrament of Happy, Lisa Harper unveils a similarly extravagant, unexpected surprise, declaring that happiness - just plain feeling happy - is a gift from God that you can unashamedly enjoy.

Loved every moment of this. Spoke to me at a fundamental level. The face that it was read by the author made it that much more special.