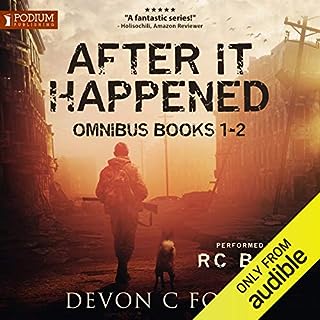 This omnibus edition contains Survival (book 1) and Humanity (book 2) of the After It Happened series.

post apocalyptic book without zombies, a refreshing change and makes for a more believable story.
the narration is great, R C Bray could read a shopping list and make it sound interesting. 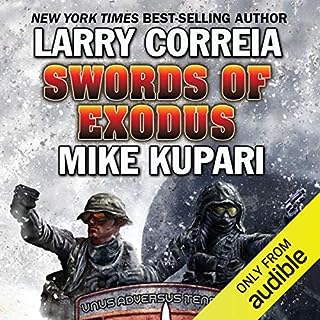 On the far side of the world, deep in former Soviet Central Asia, lies a stronghold called the Crossroads. It is run with an iron fist by a brutal warlord calling himself Sala Jihan. He is far more than a petty dictator, for Jihan holds the fate of nations in his grasp. To save a world slipping into chaos, Jihan must either fall or be controlled.

excellent, really enjoyed it, an action packed roller coaster ride. can't wait for the next book. 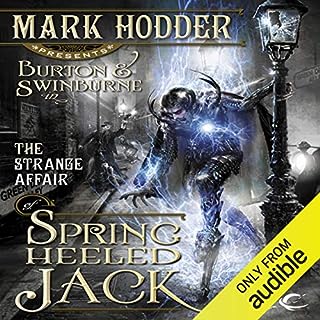 Sir Richard Francis Burton is an explorer, linguist, scholar, and swordsman. His reputation has been tarnished, his career is in tatters, and his former partner is missing and probably dead. Algernon Charles Swinburne is an unsuccessful poet and follower of de Sade, for whom pain is pleasure and brandy is ruin. The two men are sucked into the perilous depths of this moral and ethical vacuum, when Lord Palmerston commissions Burton to investigate assaults on young women.

Really not my kind of author, struggled to keep intrested in the story. Found myself thinking of other things and had to keep going back to hear what I'd missed. Not what I would call an exciting book at all, sorry.