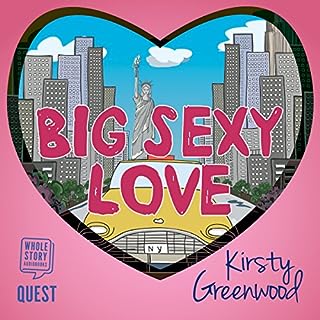 Olive's best friend is dying, and she has one final wish. With Olive's help, she wants to track down her first love, her 'Big Sexy Love' Chuck. But there's a problem: Chuck's in New York, and Olive has never left her hometown. Also, Chuck does not seem to want to be found. It's going to take bravery and a whole lot of Big Sexy Love to make this happen....

Chick Lit at its finest

This book was light, airy and utterly enjoyable. A non-demanding listen with moments of genuine humour. The book was elevated from a decent listen to being great by the skills of the narrator who managed a range of accents and sexes with effortless ease. 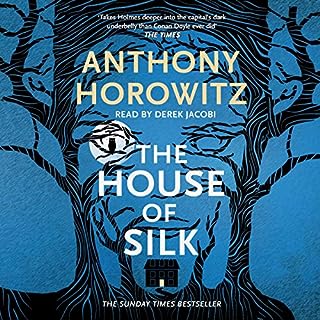 It is November 1890 and London is gripped by a merciless winter. Sherlock Holmes and Dr Watson are enjoying tea by the fire when an agitated gentleman arrives unannounced at 221b Baker Street. He begs Holmes for help, telling the unnerving story of a scar-faced man with piercing eyes who has stalked him in recent weeks.

A modern take on a proven formula

As a big fan of the original Conan Doyle stories I approached this book with a healthy dose of sceptism.

I was however surprisingly endeared to both the characterisation and plot which is definitely more of a homage to, than a pastiche of the original. If anything I found Holmes to be less truculent and a more rounded personality. The story was more sensational than it's predecessors in terms of the nature of the crimes but no less involving as a result.

I would recommend to fans of the original books or the modern TV series. 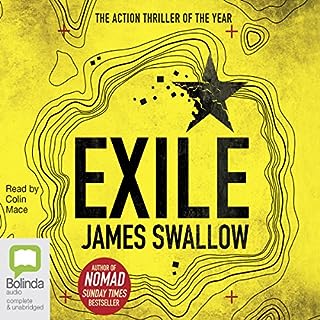 'Girl on a train' has a lot to answer for. You can skip the first 6 hours of the book and not miss a thing. 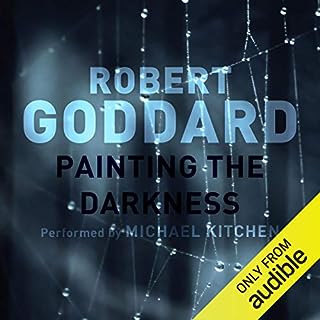 On a mild autumn afternoon in 1882, William Trenchard sits smoking his pipe in the garden of his comfortable family home. When the creak of the garden gate heralds the arrival of an unexpected stranger, he is puzzled but not alarmed. He cannot know the destruction this man will wreak on all he holds most dear.

One of the best books I've listened to

Please persevere with this book, starts out slowly but well worth your patience. Amazing how a relatively straight forward novel can end up being so gripping by the end. 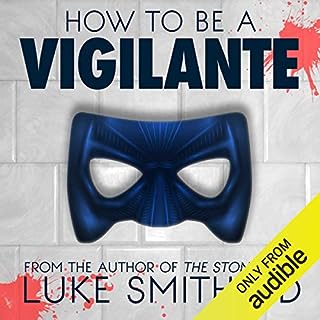 It's 1998. The Internet age is still in its infancy. Google has just been founded. Eighteen-year-old supermarket shelf-stacker Nigel Carmelite has decided that he's going to become a vigilante. There are a few problems: how is he going to even find crime to fight on the streets of Derbyshire? How will he create a superhero costume - and an arsenal of crime-fighting weaponry - on a shoestring budget?

Firstly I am a big fan of Luke Smitherd ever since I read "The Stone Man". This it transpired is a later reworking of his first attempt at a novel.

This story is as ever quite dark, with the main protagonist a reclusive Walter Mitty figure. I wont spoil the plot too much but the novel takes the form of a diary revealing how one of lifes losers could ever hope to be a super hero armed with a leather coat and a couple of baking trays.

For the majority of the novel I found Nigel the Vigilante to be quite irritating and sincerely hoped his efforts would ultimately lead to him receiving a well deserved kicking. However, it was only learning of his father's plight and the unfortunate circumstances that led to his tenuous grip on reality did I start to root for him.

Very funny and painful in its description of a bed-sit fantasist, this book will change your perception of the main character as well as forcing a brutal assessment of your own deficiencies when faced with conflict. 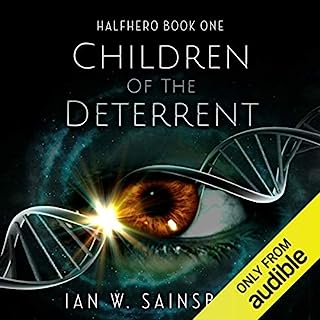 The new novel by the author of the best-selling The World Walker series. 'My name is Daniel Harbin, and I'm a child of The Deterrent.' What if a superhuman turned out not to be so super...or even human? Britain's superhero, The Deterrent, was unveiled to the world in 1979 and disappeared two years later. The truth about his origins has never been revealed. The rumours about his children - those that survived - and their mysterious abilities have never been confirmed. Until now....

ABOS, much more than an amorphous blob of slime

Not a massive fan of Sci fi but really enjoyed this story, Marvel for England. 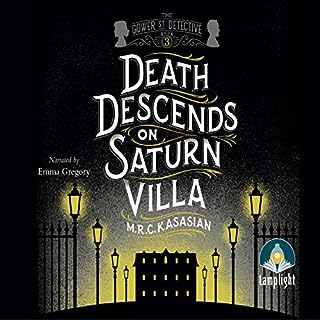 Gower Street, 1883: March Middleton is the niece of London's greatest (and most curmudgeonly) personal detective, Sidney Grice. March has just discovered a wealthy long-lost relative she never knew she had. When this newest family member meets with a horrible death, March is in the frame for murder, and only Sidney Grice can prove her innocence.

Best of the trilogy

Whilst I enjoyed the other books in the series this is far and away the best.

The main characters are much more rounded and backed up with an excellent story line. The author has concentrated less on the more macabre aspects of victorian England and the main protagonists struggle for equality in favour of much wittier and natural dialogue.

Topped off with an outstanding job by the narrator dealing with a range of accents impeccably. Highly recommended. 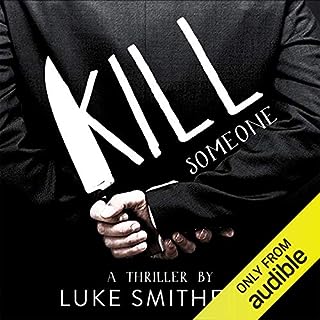 What made the experience of listening to Kill Someone the most enjoyable?

Like his other works - Luke Smitherd has an enjoyable style of writing that manages to make his characters entirely plausible as well as creating a real sense of drama.

The concept for the story, it really did make you think what would I do in his shoes and moreover, who would I do!!!

Which character – as performed by Matt Addis – was your favourite?

Nope as I have children.

A good thriller with some thought provoking aspects. My only criticism is the main characters raison d'etre for creating the situation, I would have preferred it if he was just an out and out maniac. 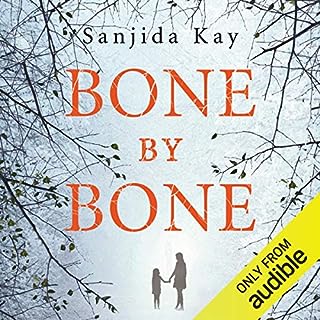 So compelling, you won't be able to stay awake..

What would have made Bone by Bone better?

Has Bone by Bone put you off other books in this genre?

Have you listened to any of Gillian Burke’s other performances? How does this one compare?

The narrator was very good, she tried her best with very thin material.

Annoyance. The Mother was irritating beyond belief and was just so one dimensional. By time the absurd story reached its conclusion I was rooting for the supposed 'baddie'.

The way the Mother and everyone around her reacted to a minor incident was so over the top it lacked any credibility. There was very little that I would describe as thrilling moments even the grand finale was a damp squib. 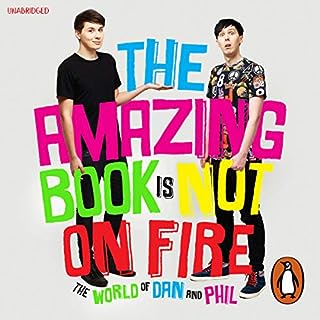 If you found The Amazing Book is Not on Fire at least mildly interesting, or even if you didn't read it at all, then you will love our audiobook! Not only do you get us sensually narrating the whole thing in your ears, but there are over three hours of exclusive behind-the-scenes commentary on the book, and irrelevant Dan and Phil banter straight from our mouths to your ears! Who doesn't want that? Okay, that came out kind of weird, but trust us you'll like it. I guess we have to rephrase the blurb..?

OMG, I want to set fire to these two imbeciles.

Anyone who hasn't gotten through puberty yet.

Anything but this moronic nonsense.

Who might you have cast as narrator instead of Dan Howell and Phil Lester ?

I don't think anybody could have conveyed the mindless, inane waffling of two immature sixth formers better than this pair of irritating morons. Yes I am a middle aged old fart but am mightily relieved I wont have to spend my adolescence listening to this inane drivel.

And no this isn't "top bants".

If you could play editor, what scene or scenes would you have cut from The Amazing Book Is Not on Fire?

All of it - literally.

I wanted to listen to a book that made me laugh on my commute and was swayed by the amount of positive reviews this book has received. Instead I find myself wanting to throttle anyone who vaguely looked like a stew-dent for allowing this abomination to be inflicted on mankind.

Unfunny, mindless and unbelievably irritating. Avoid at all costs.