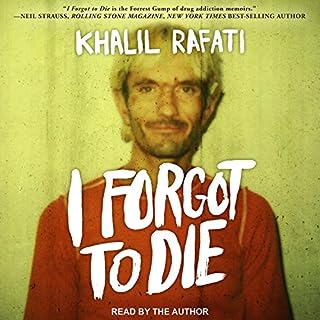 Khalil Rafati went to Los Angeles in the 1990s and had it all. He was working with Hollywood movie stars and legendary rock musicians, but it wasn't long before he found his way into the dark underbelly of the City of Angels. When he hit rock bottom-addicted to heroin and cocaine, overtaken by paranoia and psychosis, written off by his friends and family - he grabbed a shovel and kept digging. So how does someone with nothing, who feels like they deserve nothing, and who just wants to end it all turn their life around?

An outstanding account of how the human spirit can transcend profound adversity and challenges and produce a life of the most incredible abundance. I have read and listened to many self help and personal development books, but none of them have had the impact Khalil’s book had had on me. Truly inspiring and a story to behold and prove you can achieve anything you want in life regardless of your circumstances. Overcoming ourselves and our own self limiting beliefs is a hurdle many of us struggle with and Khalil’s book provides a wonderful narrative of how anything you want out of life is possible.