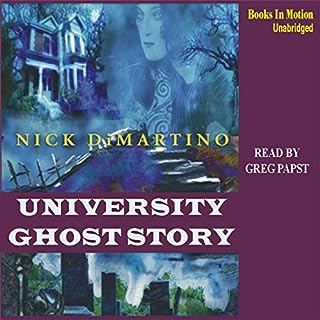 Dr. Veronica Glass, professor of English at the University of Washington, does not believe in ghosts. Matt Braddon, her new tenant, has returned to Seattle but can't escape from a terrible secret in his past. Now, 13-year-old Angela Harrow has run away from her bitterly fighting parents, and begs Veronica to let her stay for the Christmas holidays.

Why haven't I heard of Nick Di Martino before? I've read plenty of horror novels in my time, and this one shoots right to the top of the class. Sure, the characters are stock, the dialogue is often corny and the supernatural plot devices Di Martino employs are as original as a plagiarised essay. But who cares? The story gripped me. I cared about the characters. Di Martino, whose backgound is in drama, know how to gradually feed the breadcrumbs of a plot to the reader, how to manage the interweaving destinies of a cast of characters like a choreographer directing dancers. The homeless poet who acts as a kind of chorus to the action is a particularly deft touch. If you like Stephen King-- at least, if you like King's lightness of touch, his love of the ordinary, and his ability to paint character with a few judicious brush-strokes-- then you'll like this book, too. 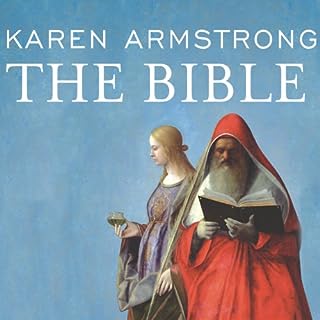 As the work at the heart of Christianity, the Bible is the spiritual guide for one out of every three people in the world. It is also the world's most widely distributed book, having been translated into over 2,000 languages, as well as the world's best-selling book, year after year. But the Bible is a complex work with a complicated and obscure history.

Are the Ten Commandments Written in Stone?

A better title for this book might have been \"Reading the Bible: A History\". Karen Armstrong spends comparatively little time discussing the Holy Book itself. And, to be fair, nobody will have any difficulty finding other books that do that. The real subject of Armstrong's is hermeneutics, the methods by which people have interpreted the Bible through the millennia. This book is a call for tolerance and open-mindedness in interpreting the Bible. Fundamentalism and Bible literalism, it explains, are very recent phenomena, ironically tied to the rise of science and rationalism. Previous generations have had no problem reading Scripture allegorically where they found the surface meaning to be incoherent or morally objectionable. I was surprised to learn that Augustine, so often portrayed as austere and fanatical, proclaimed that no Bible interpretation could be true if it violated the principle of charity or caused division between Christians.

A possible objection to Armstrong's approach is that it makes the Bible nothing but a cipher. If we are to interpret it according to some prior ethical system, why should we bother with Scripture at all? Is it simply a mirror for the philosophy of each era, a prism for our own personalities? But this need not be the case. Throughout the book, Armstrong shows how both Jews and Christians have often viewed the Bible (to use a modern term) as an \"interactive\" text. They have used it, not as a blueprint for living, but a living thing itself. Medieval monks were told to study the text until they felt an inward revelation, a mystical response. The rabbis who wrote the Mishnah (a commentary on the Old Testament or Torah) believed that the Bible's capacity to generate new meanings was infinite. Perhaps a less dogmatic to the Bible shows, not that we do not take it seriously, but that we take it very seriously indeed; that we have faith in its ever-fresh wisdom. This is a book well worth reading. 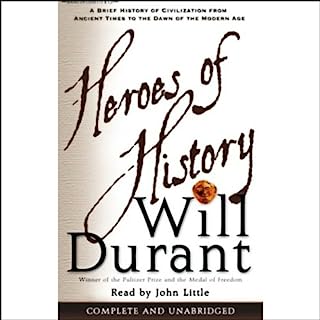 At Will Durant's death at 96, in 1981, his personal papers were dispersed among relatives, collectors, and archive houses. Twenty years later, scholar John Little discovered the previously unknown manuscript of Heroes of History in Durant's granddaughter's garage. Written shortly before he died, these 21 essays serve as an abbreviated version of Durant's best-selling, 11-volume series, The Story of Civilization.

You can almost smell the pipe smoke

Avuncular. That's the only word to describe Will Durant's tone in this guided tour through several millennia. The author, a historian in his nineties, decorated with the Presidential Medal of Freedom-- America's highest civilian award-- isn't shy about giving his own judgement on the periods and figures he describes, or ocasionally switching from history to personal anecdote. But that's no bad thing in a man of such broad sympathies, such temperate wisdom. Durant doesn't lecture to you; he takes your hand and brings you on a ramble through the centuries.

This will serve as a good introduction to European history to those who know little of it so far. Those whose historical knowledge is more advanced won't learn very much new, but they might well be given a new perspective on what they do know.

The book is called Heroes of History, but heroes and villains seem to populate it in equal measure. Durant spends a dutiful (and short) chapters describing ancient China, Egypt and India, but he only warms to his theme when he reaches Ancient Greece. From the on, the focus remains resolutely upon the European mainland, until it shifts to the England of Queen Elizabeth at the very end.

Art history and drama are given special attention, along with religion-- Durant trained to be a priest but drifted away from his faith, and believers may find his sceptical warmth towards Christianity a little patronising. Secularists, on the other hand, might find it wooly-minded. But, on the whole, Durant is a genial guide, and offers some insights well worth attending to. Anyone interested in history, and especially the history of ideas, will take something from this book. 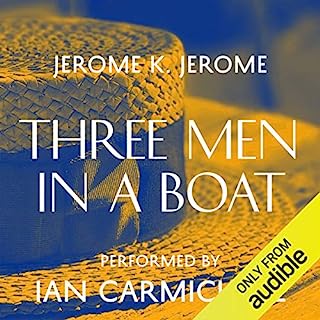 In this comedic masterpiece, three young men, increasingly given to thoughts of hypochondria, decide to embark on a journey along the river Thames. Confident that the fresh air and daily exercise will grant them immunity from a myriad of illnesses and diseases, they pack up their frying pans, toothbrushes, food and canine companion, Montmorency, and set off on an unexpected adventure.

People who write about Three Men and a Boat tend to use words like \"good humoured\" and \"gentle\". In one way, the terms apply-- Jerome K. Jerome's little downriver world is full of trivialities and trifles, and the harsh wind of reality barely intrudes. But in another way, terms like \"bad-humoured\" and \"rough\" might apply just as well. The three men of the title spend the entire journey bickering, and when they tell each other anectodes-- and this novel is composed more of anectodes and digressions than plot-- their anectodes are full of people bickering, too. Don't expect any subtle observations of character or any finely turned epigrams here. The humour is of the broadest kind, mostly variations on the theme of Sod's Law. This novel is the book-length version of a man tripping up on a banana peel.

Having said all that, it's not a bad book, and I'm sure many will enjoy it more than I did. Jerome's affection for the Thames and for boating shines through, and the English flair for inventing vivid, eccentric minor characters is on show. I'm thinking especially of the sexton who breaks into tears when he can't induce a visitor to look at any of his precious parish graves. It lacks the linguistic virtuosity of Wodehouse or the fine character-painting of Diary of a Nobody, but anybody who enjoys books of that genre has a pretty good chance of enjoying Three Men in a Boat. Tom Sharpe fans, on the other hand, should try something else.