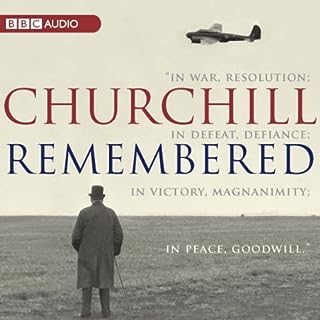 'We Churchills die at forty,' said Winston in 1908, 'and I want to put something more on the slate before then.' By the time he died in 1965, the slate was full. From his earliest days Churchill was an ambitious character, eager for action. He achieved fame and popularity through his dispatches from the Boer War, and in 1900 was elected MP for Oldham. Until the outbreak of war in 1939 Churchill was loved and loathed in equal measure.

Inspired by a Great Briton

I have always been facinated with the history of Churchill before WWII and this book did not disappoint; whilst a slow start with a bit too many interviews from his time at school, it soon picked up and I was riveted. A fantastic insight into a complex character who was obviously the right man at the right time in our darkest hour. The Narration was excellent, but I would have enjoyed more of the famous speeches. Highly recommended.