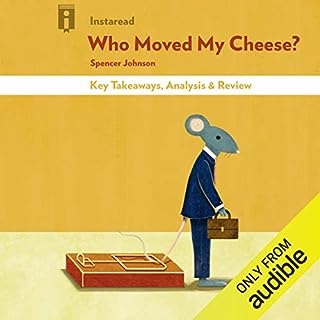 A group of old school friends meet to catch up. They end up discussing the unexpected, unforeseen changes to their lives, and one friend offers to tell a story about adapting to change. The story he tells involves four characters, two mice named Sniff and Scurry, and two "Littlepeople" named Hem and Haw. All of them are in a maze, looking for cheese, which they need to survive. For the "Littlepeople", cheese also has a larger, metaphysical connotation in the sense that it also makes them happy - their Cheese is thus spelled with a capital C....

nothing to do with the original. not nest voice either... not impressed by instaread so far... 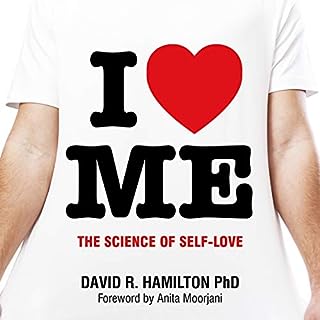 How much love do you have for yourself? Not the narcissistic "aren't I wonderful?" kind of love but the essential regard for self that empowers you and helps you navigate through life. The type of love that enables you to feel safe and secure in who you are and inspires you to make choices that are good for your authentic self. When scientist David Hamilton realized that his own lack of self-love was sabotaging him in hundreds of subtle ways and more than a handful of major ways, he devised an experiment using himself as the guinea pig.

Often we look around searching for Love. From being loved or the love one.. and we forget to love our own self. 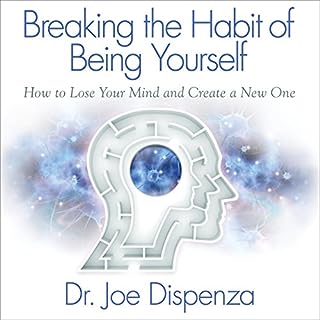 You are not doomed by your genes and hardwired to be a certain way for the rest of your life. A new science is emerging that empowers all human beings to create the reality they choose. In Breaking the Habit of Being Yourself, renowned author, speaker, researcher, and chiropractor Dr. Joe Dispenza combines the fields of quantum physics, neuroscience, brain chemistry, biology, and genetics to show you what is truly possible.

fantastic insights on rewiring your brain

amazing book. as a pragmatist it made a lots of sense to me and opened new possibilities.