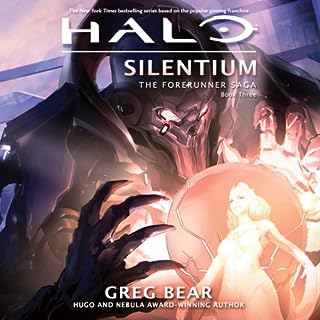 In the last years of the Forerunner empire, chaos rules. The Flood - a horrifying shape-changing parasite - has arrived in force, aided by unexpected allies. Internal strife within the ecumene has desperately weakened Forerunner defenses. Too little, too late, the legal rate of Juridicals is only now investigating possible crimes by the Master Builder and others. Evidence-gathering agents known collectively as Catalog have been dispatched to collect testimony from the Librarian and both Didacts: the Ur-Didact, treacherously abandoned in a Flood-infested system, and the Bornstellar Didact, who accompanies the Librarian as she preserves specimens. 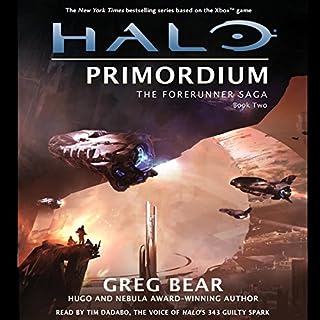 In the wake of apparent self-destruction of the Forerunner empire, two humans - Chakas and Riser - are like flotsam washed up on very strange shores indeed. Captured by the Master Builder, misplaced during a furious battle in space, they now find themselves on an inverted world where horizons rise into the sky, and where humans of all kinds are trapped in a perilous cycle of horror and neglect. For they have become both research animals and strategic pawns in a cosmic game whose madness knows no end....

This will help you sleep . Great performance does not negate such a poor story 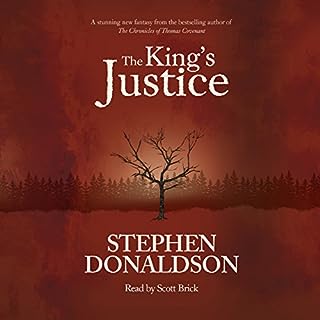 Stephen Donaldson devoted many years to his epic creation, The Chronicles of Thomas Covenant. Now he is back with an all new novella - 40,000 words of richly imagined fantasy with beautiful world building and intense characterisation. The perfect listen for existing fans and new listeners alike. A man on a horse, confident in his powers but alone, rides a long and lonely road through rain-soaked woods. But he is on a path that he knows, and he is bringing much-needed justice with him.

As a die hard fan, I bought this in the belief that I'd enjoy it. Unfortunately, it didn't engage me at all and became background noise. Fans expecting the word "chagrin" won't be disappointed 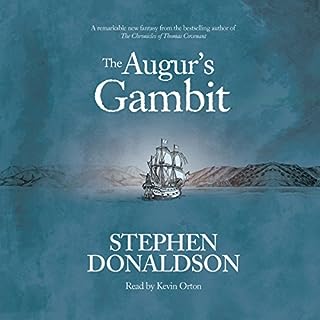 From the international best-selling author of The Chronicles of Thomas Covenant comes an extensive and all original new fantasy novella. Augur's Gambit is a tight and action-filled novella of more than 40,000 words. A novella with all the rich world building and acute characterisation that listeners have come to expect from the man who reinvigorated the whole genre in the 1980s and went on to write one of fantasy's landmark series.

As a die hard fan, I bought this in the belief that I'd enjoy it. Unfortunately, it didn't engage me at all and became background noise. I'm a third of the way through and haven't heard the word "chagrin" yet, I'm sure it's just a matter of time