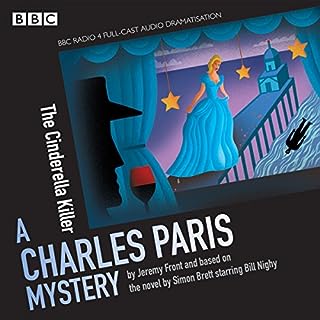 A job in pantomime seems the perfect way to spend the Christmas season for Charles, but the cast of Cinderella are a motley crew from reality TV and Charles finds himself having to explain the traditions of panto to their baffled American star whose career is on a downward trajectory. When the star is shot dead, and Charles finds the body, he finds himself under suspicion.

A superbly piece of audio drama. The BBC at its best! Keep up the excellent work thus is needed more than ever! 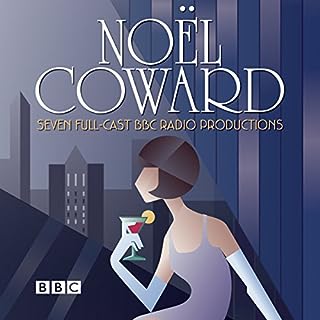 Renowned for his wit, style and sophistication, Noël Coward was one of the greatest playwrights of the 20th century. His plays, set in the glittering world of high society in which he lived, are much admired and have remained in the popular theatre repertoire to this day. This collection brings together the very best radio adaptation

An excellent compilation of the plays produced by the BBC over the years. From the sublime performances of Paul Schofield & Patricia Routledge in "Present Laughter" to the more recent rendition of "Private Lives" with Helen Bonham-Carter & Bill Nighy. Each production is a technical masterpiece of superb sound quality, giving the audience an insight into recordings made for both radios 3 and 4 over the years. Furthermore, the listener is also presented with fantastic bonus material from Coward's own diaries which represent nuggets of the social and political history of his time. 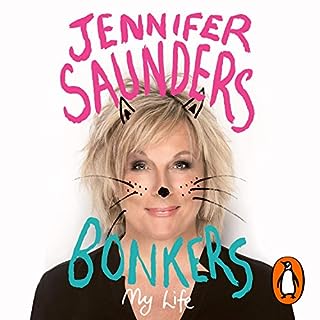 Jennifer Saunders' comic creations have brought joy to millions. From Comic Strip to Comic Relief, from Bolly-swilling Edina in Ab Fab to her takes on Madonna or Mamma Mia, her characters are household names. But it's Jennifer herself who has a place in all our hearts. This is her funny, moving, and frankly bonkers memoir, filled with laughter, friends, and occasional heartache - but never misery. Bonkers is full of riotous adventures.

An excellent read by the comedy genius that is Saunders. I thoroughly enjoy listening to the rants about BBC and one in which I hope the BBC executives will take note and change. This is especially the rant about the use of licence fee for ridiculously expensive and not very productive lunches at the Ivy. A fantastic audiobook in which 8 hours just flew by in a flash! 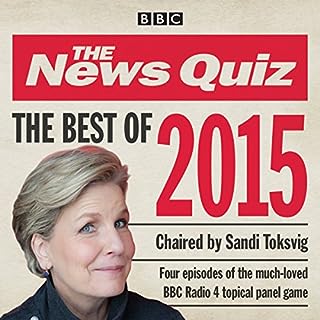 Sandi Toksvig chairs four sparkling episodes from the 2015 series of the ever-popular topical comedy show. The News Quiz, "the finest topical comedy panel game known to radio", has been providing headlines and punchlines since it first aired in 1977. In these four episodes, long-standing panellists including Jeremy Hardy plus guest panellists take a wry look at the news in all its larger-than-life glory.

Wonderful programme! Sandy Toskvig presented it so well for almost a decade.

A fantastic satire needed more than ever! Sandy Toksvig presented it with wit & rare political insight. She raised its profile with the podcast & News Quiz Extra. Wonderful! 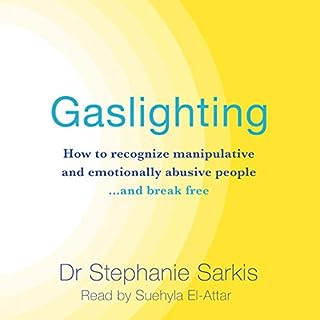 This classic Victorian thriller was first produced in 1935. Jack Manningham is slowly, deliberately driving his wife, Bella, insane. He has almost succeeded when help arrives in the form of a former detective, Rough, who believes Manningham to be a thief and murderer. Aided by Bella, Rough proves Manningham's true identity, and finally Bella achieves a few moments of sweet revenge for the suffering inflicted on her.

This excellent play by Patrick Hamilton suffers in this woefully inadequate rendition which is a shame because the cast does include the talented Emilia Fox. This poorly directed audio piece will not withstand the test of time. 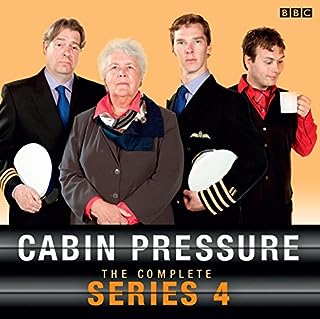 Stephanie Cole, Benedict Cumberbatch & Roger Allam star in the fourth series of the hit sitcom about the tiny charter airline for whom no job is too small, but many, many jobs are too difficult. By John Finnemore (The News Quiz, Mitchell & Webb).

Cabin pressure is an excellent comedy which uses the erudition & self deprecating wit of yes minister & satirical edge of absolute power. The BBC audioscape at its best! 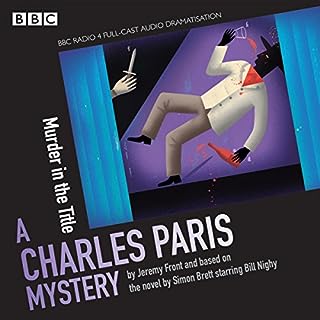 Charles Paris is his own worst enemy, a louche lush who can resist anything except temptation - especially in the form of women and alcohol. He’s been out of work so long now he feels he may never get a job and he’s driving Frances, his semi-ex-wife, mad. So when he’s offered a small role in a play, she nearly pushes him out of the door. But it seems that ‘The Message is Murder’ is such a terrible production that someone wants to kill off the cast.

A superb adaptation from the production team led by Jeremy Front. Nighy & Burden create a wonderful atmosphere of marital tensions as the backdrop against another thespian themed murder mystery. 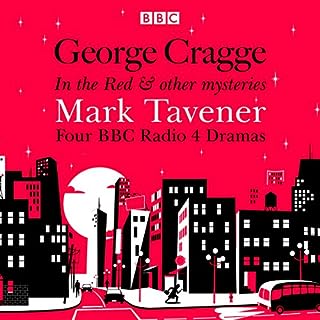 A collection of four blackly humorous crime mysteries featuring the fictional BBC Radio crime correspondent, George Cragge. Adapted from the novel by Mark Tavener, In the Red sees the anarchic George Cragge investigate a spree of bizarre murders in the world of City finance, a small political party contesting a by-election, and a plan to overthrow the Director-General of the BBC. The sequel, In the Balance, features George Cragge kicking off a murder trail during the FIFA World Cup at Wembley Stadium. And with Europe becoming a hot potato, can the Prime Minister hold on to his job? In the Chair follows the maverick hack as he looks into a series of murders of dentists linked to New Labour policy. The final drama, In the End, sees George Cragge investigating a series of murders of journalists.

Satire with a twist!

Michael Williams is excellent in his role as the modern crusading journalist in the shallow worlds of politics, high finance and media. Much of what is being satirised is relevant today as it was when this series was first broadcasted. The plots and characterisations are strong, helped by an extraordinary supporting cast which not only reads as a Who's Who of British satire of the past 50 years with the likes of John Bird, Rebecca Front, Hugh Laurie and Stephen Fry but also stellar actors such as Barry Foster, Tracey-Ann Oberman, Peter Woodthorpe, Jim Carter, Suzie Brand, Stephen Thorne, Benjamin Whitrow and Jeremy Clyde. The series is excellent due to the superb efforts of production teams which include the likes of Scott Cherry and Paul Schlesinger. This is BBC radio at its best, long may it continue! 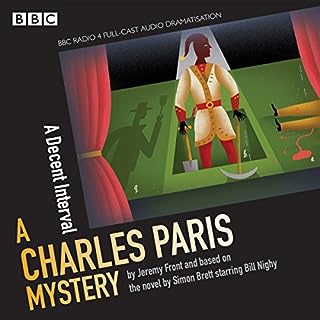 A BBC Radio 4 full-cast dramatisation of Simon Brett's entertaining crime novel, starring Bill Nighy. Charles Paris has been resting for quite a while, so he's relieved when he is cast as Ghost of Hamlet's Father and First Gravedigger in a touring production of Hamlet. But rehearsals are a little tense - the lead roles of Hamlet and Ophelia are played by a reality TV contestant and TV talent show winner respectively, and their opinions on celebrity and the theatre differ somewhat from those of the more experienced members of the cast.

A modern classic from the BBC!
Keep taking the risks it is worth it in the end! 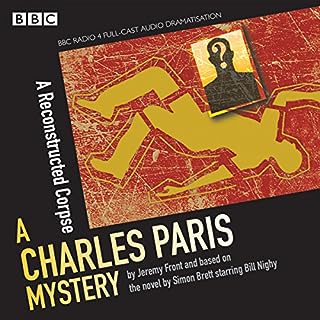 Bill Nighy returns as Charles Paris: unsuccessful actor, bad husband, and dipsomaniac. Desperately in need of work, having been kicked out of his marital home, Charles jumps at playing a missing property developer in a crime-reconstruction program. But the missing person case soon turns to murder when severed body parts begin to appear.

A superb BBC adaptation with a fantastic cast! Keep them coming they are really enjoyable!