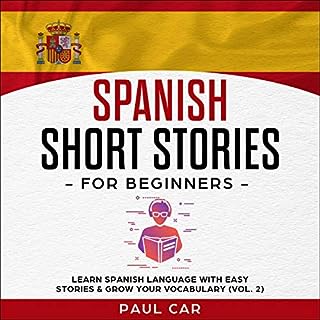 The audiobook is designed so that people can improve their knowledge of the Spanish language by learning verbs, adjectives, past tense, dialogues, places, directions, day-to-day situations, and others. At the end of each story, you will find a summary of it in Spanish, so you have a general idea of what the story is about.

Not for beginners. You need to be fluent to follow 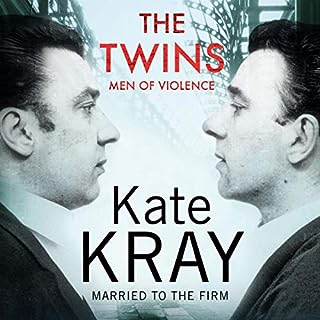 Married to Ron before his death, and a regular correspondent with Reg, Kate Kray was granted unique access to the shadowy underworld they inhabited and was entrusted with some of the darkest secrets they possessed - secrets that could never be revealed until they were both dead. Featuring exclusive letters and thoughts from the twins themselves as well as anecdotes and tributes from gangsters, actors and East End faces, Kate has produced the definitive view of the Krays.

Didn't reveal anything at all, let alone anything new, just a few stories really about her visiting Ron in prison and having normal prison visit conversations. Ardent Kray fans might enjoy it but for the casual observer with a bit of decency and intelligence and who thinks they were just thugs you'll find it mundane. 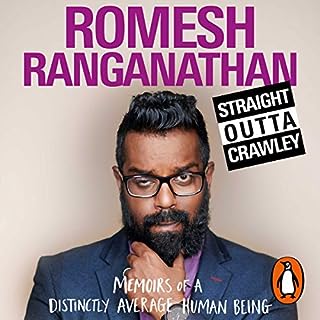 At the age of 9, Romesh Ranganathan delivered his first ever stand-up set at a Pontin's Holiday Camp talent competition, smashing the only other competitor, a young girl playing the kazoo. The gig went so well that Romesh retired his comic genius for 22 years, hiding behind the guise of a maths teacher, before finally revealing himself again (no, not like that) at the tender age of 31. In 2010, Ranganathan staged his epic comeback gig to an almost silent room, and has since gone on to earn his place as the most in-demand overweight vegan Sri Lankan comedian in Britain.

Only got it to use up credits but glad I did. Always keen to get back to listening to it. Would recommend. 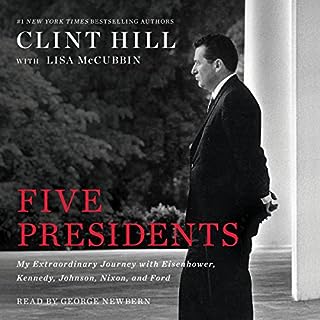 The 14 hours 31 minutes flew over. Great insight into the different Presidents he served under. 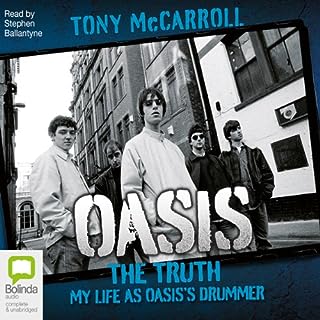 In 1991, five wannabe Mancunian musicians came together and cracked the spark that ignited the explosion which became Oasis. The band went from obscurity to a global phenomenon in the space of a year, achieving world-wide recognition and selling over 70 million records. What started out as five young lads with a common dream of becoming rock stars eventually disintegrated into in-fighting, clashes of egos, and financial disputes.

I've read the paperback when it first came out and thought I'd see if I could get through this audiobook too, which I did with ease. Really enjoyable, although very sad for Tony, and an interesting insight into the beginning and early days of Oasis. 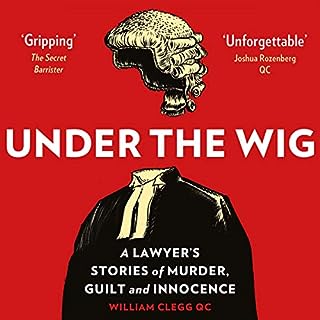 Step into the shoes of criminal barrister William Clegg as he meets clients in prison, works out weaknesses in the other side case, and confronts witnesses at tense trials. In a revealing memoir, he revisits 14 of his most intriguing briefs, from the murder charge facing Colin Stagg to the shooting of Jill Dando, to the first prosecution under the Nazi war crimes act, and the burglar jailed for life by an earprint. 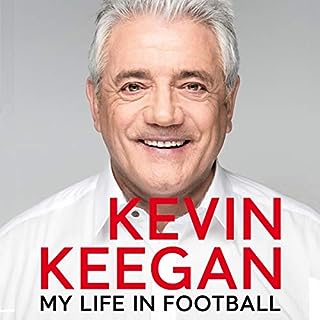 In My Life in Football, Keegan tells the story of his life, from the streets of Doncaster to signing for Liverpool under Bill Shankly, where he won three First Division titles, two UEFA Cups, a European Cup and the FA Cup before moving to Hamburg, where he won the Bundasliga as well as the Ballon d'Or twice. After retiring, Keegan enjoyed a legendary five-year spell as manager at Newcastle United, during which the club was promoted to the Premier League and then finished runners up in the top flight, not once but twice.

Kevin is a great guy and was a great footballer but this isn't a great sporting autobiography. Would have been better if he had narrated it himself as I personally found the narration annoying at times with too many forced comedy chuckles thrown in. Not sorry I bought the book or I would have returned it but by no means gripping, and certainly a must for any Liverpool or Newcastle fan. 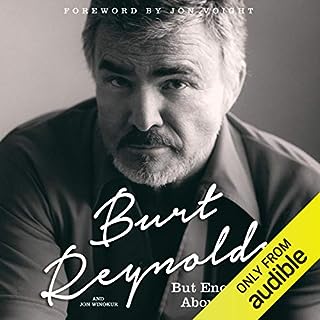 Recalling his life and career spanning over 50 glorious years, the legendary actor gives special attention to the two great loves of his life, Dinah Shore and Sally Field; his son, Quinton; as well as the countless people who got in his way on his journey to Hollywood domination.

Nothing Sensational but Enjoyable

Always looked forward to getting back to listen to this audiobook. Nice guy and an interesting life. 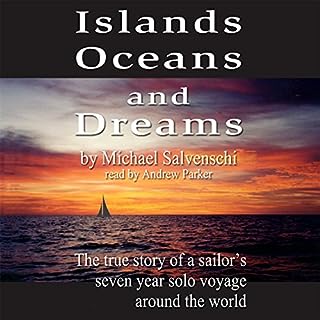 Islands, Oceans, and Dreams is a true story of a man who, at the age of 33, began dreaming of voyaging with his wife to the South Pacific. He wasn't an adventurer or daring by nature, but he bought a boat and began learning the ways of the sea. Twenty years later, racked with the pain of divorce and still aching to live out his dream, he set off alone for Tahiti. After reaching French Polynesia, he continued cruising for seven years and wound up solo sailing around the world. Islands, Oceans, and Dreams takes the listener on that voyage.

Transports You to a Different Place

Always looked forward to getting back to listening to this book. Nice guy, great story of a life I think we all fantasise about from time to time but know we never will. 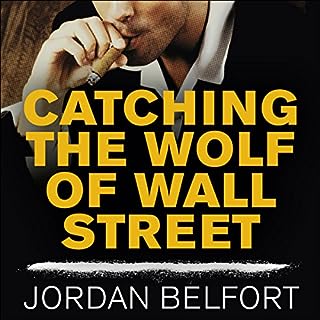 A Sleaze-ball but a Great Listen

The guy knocks me sick and I could only think about his poor victims when I listened to the book but it is a great listen. One of them that you look forward to getting back to and almost 17 hours flies by.