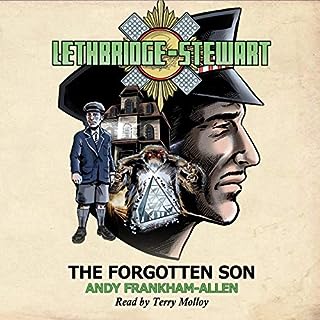 The Great Intelligence has been defeated. And Colonel Lethbridge-Stewart's world has changed. For Colonel Alistair Lethbridge-Stewart his life in the Scots Guards was straightforward enough; rising in the ranks through 19 years of military service. But then his regiment was assigned to help combat the Yeti incursion in London, the robotic soldiers of an alien entity known as the Great Intelligence.

good story for anyone who enjoyed the web of fear. Terry Malloy does an excellent job of narration. 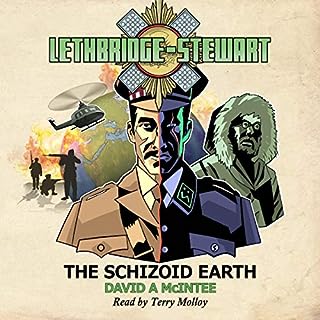 Lethbridge-Stewart was supposed to be in the mountains of the east, but things didn't quite go according to plan. On the eve of war, something appeared in the sky: a presence that blotted out the moon. Now it has returned, and no battle plan can survive first contact with this enemy. Why do the ghosts of fallen soldiers still fight long-forgotten battles against living men? What is the secret of the rural English town of Deepdene?

Nice put together story. If you go with it it is enjoyable. Well read by Terry Malloy. 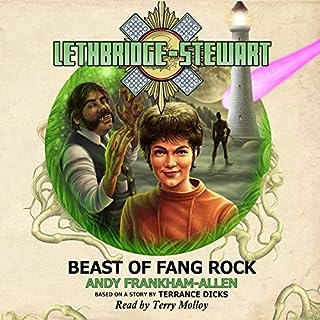 Fang Rock has always had a bad reputation. Since 1955 the lighthouse has been out of commission, shut down because of fire that gutted the entire tower. But now, finally updated and fully renovated, the island and lighthouse are about to be brought back into service. Students have gathered on Fang Rock to celebrate the opening of the 'most haunted lighthouse of the British Isles', but they get more than they bargained for when the ghosts of long-dead men return, accompanied by a falling star.

Enjoyed this. saw the 1970's Dr who episodes that included Fang Rock. This story every bit as good. 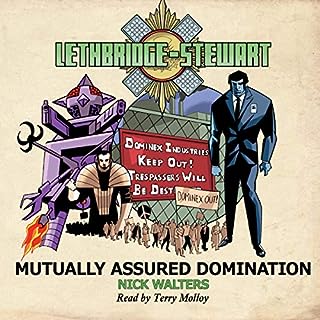 The Dominators, the Masters of the Ten Galaxies, have come to Earth and brought with them their deadly robotic weapons, the Quarks! It's the summer of '69. Flower power is at its height, and nuclear power is in its infancy. Journalist Harold Chorley is out of work, and Colonel Alistair Lethbridge-Stewart is out of sorts. Dominex Industries are on the up, promising cheap energy for all. But people have started going missing near their plant on Dartmoor. Coincidence, or are sinister forces at work?

Good Dr Who style romp. Sees the Brigadier as a real action hero. Focuses more on the action then the previous books. Terry Molloy is a good narrator. 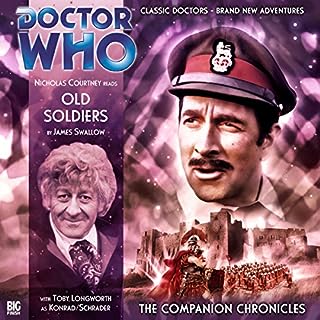 Old soldiers, comrades in arms - the Brigadier saw many fall during his years with UNIT, but perhaps none more tragically than those at Kreigskind. Called to help when a friend falls ill, how can Lethbridge-Stewart fight an enemy that can breach every defence? Written by: James Swallow. Directed by: Nigel Fairs.

Nicholas Courtney at his best!

A nice inspective piece looking deeper in to the Brigadier's thoughts. A nice enough story about friendship between soldiers. 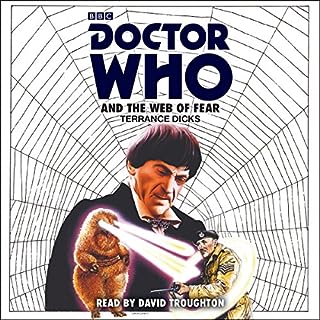 An unabridged reading of this classic novelisation of a 1968 TV adventure featuring the Second Doctor, as played on screen by Patrick Troughton. For 40 years the Yeti had been quiet, a collector's item in a museum. Then, without warning, it awoke and savagely murdered. At about the same time, patches of mist began to appear in Central London. People who lingered in the mist were found dead, their faces smothered in cobwebs. The cobweb seeped down, penetrating the Underground System.

Nicely read gives you follow the story well. Evokes the series perfectly. Wish more of the books were done this way. 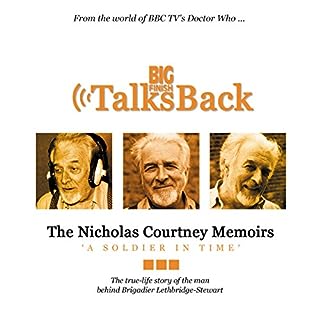 Nicholas Courtney, the man behind Brigadier Alistair Gordon Lethbridge-Stewart, remembers his time on Doctor Who, from The Web of Fear to Battlefield - and beyond! He's seen off Daleks, Cybermen and Yeti. He's witnessed Giant Robots running amok, met himself in the future and saved the world from the life-devouring Destroyer. He is, of course, Brigadier Lethbridge-Stewart, alias actor Nicholas Courtney.

A wonderful warm view of an actors life.

Listening to The wondeful tones of Nicholas Courtney telling the story of his life and his involvement with Dr Who has been a joy to listen to. 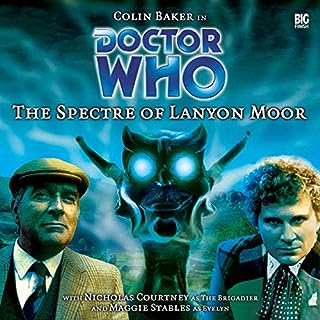 In a desolate Cornish landscape littered with relics of prehistoric man, the Doctor and Evelyn uncover a catalogue of mysteries. What is the secret of the fog? Can the moor be haunted by a demonic host of imps? And what is Brigadier Lethbridge-Stewart doing in Pengriffen? Teaming up with his old friend, the Doctor realises that an ancient conflict is nearing its conclusion - and Lanyon Moor is set to be the final battleground. Written and directed by Nicholas Pegg.

Wonderful to have the Brigadier back. Just to be able to listening to Nicholas Courtney giving a superb performance as the never able to retire Brigadier in a story were his character is allowed to be seen for it's true merit. The Doctor and his companion are so well acted, the story flows nicely and the supporting cast are all good. wish there were more like this! 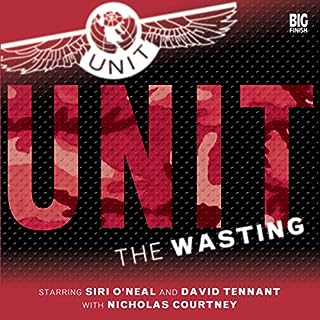 A deadly flu-like infection is sweeping the planet. Its first cases appeared in Britain, but now millions are infected worldwide, and there is no sign of a cure. The emergency services can't cope with what the press have dubbed a plague.... Under attack from all sides, UNIT in Britain is in disarray. It faces a stark choice - to close its doors and concede defeat or to fight back, whatever the cost...and the injured Colonel Emily Chaudhry knows UNIT has never backed down from a battle....

Good script, well acted and the wonderful voice of Nicholas Courtney to listen to. One of the best Audio stories Ive heard. All 4 episodes have been a treat wish they had made many more. 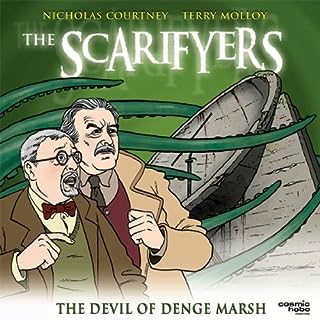 The Scarifyers is a series of rip-roaring tales of comedic supernatural intrigue set in 1930s Britain, distilling the likes of Dick Barton, The Avengers, The Devil Rides Out and Quatermass into cracking audio adventures. The series is broadcast on BBC Radio 4 Extra, and has been described in the national press as 'rollicking good fun', 'a slice of audio perfection', 'the smartest and most enjoyable thing on British radio' and 'like Tintin but with the lights out.' This is the second Scarifyers adventure.

Wonderful performances. Especially The much missed Nicholas Courtney! The story has so many good puns. I want to join the Totley in the Wold W.I.