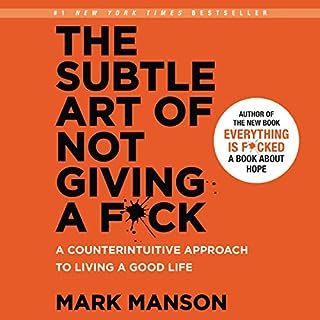 Good, but with some tiresome problems.

Honestly, this isn't a bad jumping off point for kicking off some deeper thinking. However, it is pretty damn sexist in places, and straight up lazy in others. Mark is definitely someone who, despite all his self work, hasn't really thought that some of his readers might be, y'know, um.. women. Still it doesn't take away from what is being said most of the time, just a shame no one in the whole editing process pointed out some of his goddawful lazy stereotypical ideas might want to have an equality update. From the smallest things (like calling men, well 'men' but women the infantilizing and unequal 'girls') to the glaring fact that he maybe shouldn't put on an array of mock squeeky 'girl voices' when quoting words of women.. ... .. Yep. That really happens. Definitely not intended for women listeners, which is a shame as I don't think the ideas behind this apply to any one gender alone.