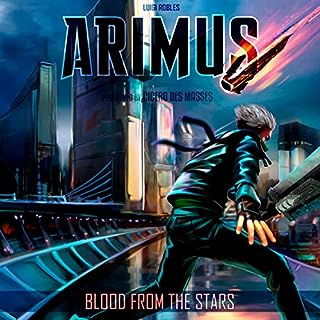 As evil makes its way to Earth, an ancient being awakens. Adam did not have special talents, nor did he want to have any. All he wanted was to perhaps live a normal life, even if it meant living in monotony. But all that changed the day Adam died in a devastating floater accident. Adam was stunned to find himself resurrected and put back together, given another chance at life by an elder life force that now inhabited his body. And when he begins to discover that his body has been augmented in ways that are impossible to comprehend, a new purpose in life begins to reveal itself.

enjoyed the story, but the accoustics are AWFUL!!

PLEASE re-record this in a proper recording studio!
This is probably.the WORST audiobook I've listened to. not because of the story, but the abominable accoustics! 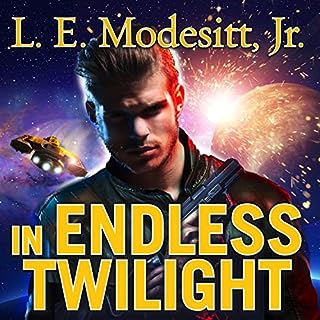 Across the Galactic Empire, from planet to planet, the lone Immortal fights. He has a plan, and he has all the time he needs. Gerswin, the Forever Hero, is determined to be the salvation of distant Earth and of humanity. Now, in the climax of L. E. Modesitt, Jr.'s epic trilogy, the Forever Hero's plans come to fruition, as he destroys the decayed, bureaucratic Empire that feeds off humanity, living on as the most legendary of human heroes.

Without spoilers, I can say this story is full of content, well thought out, with a bittersweet ending.
Excellent! 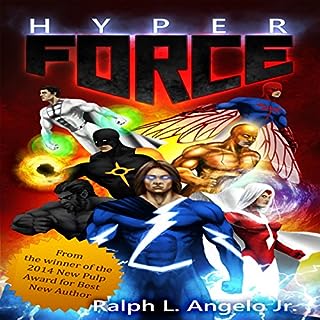 When a young alien prince crash-lands on Earth seeking help for his people, he sets into motion events that will bring together the greatest heroes the world has ever known. A team of newcomers will face a threat from beyond the stars. Along the way the team that will become known as Hyperforce will face many mysterious and dangerous enemies, each with their own incredible powers and abilities.

not bad for a kids to early teen hero story, but, not something for more mature reader/listeners 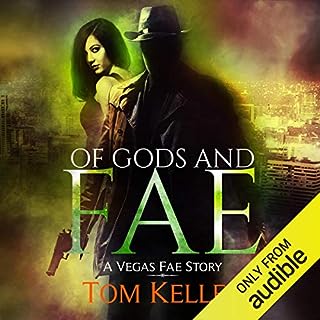 You see plenty of strange things when you're a PI in Las Vegas, but even that couldn't prepare ex-cop Robert Hoskins for what was to come. At first he couldn't believe that all those stories he'd been told as a child were true. But hearing that the fae had taken the casinos over from the mob was something else. Elves, dwarves, werewolves and faeries were just the beginning and battling dark mages, the opening act.

I enjoyed the story, but the poor audio quality of the narration was a let down. I would have rated it higher if it didn't sound like the narrator was at the other end of the room.
Sorry Andrew, you're a good narrator but whatever you were using to record your narration spoiled it for me. 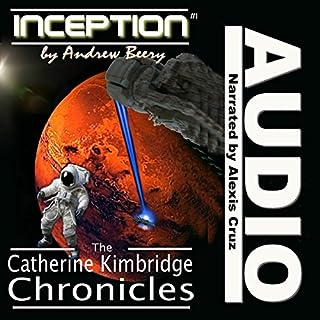 2067 was the year I died for the first time. It was painful. Had I known how often I'd be expected to die over the next several millennia, I might have made a stronger effort to stay dead. The year actually started off rather nice. I finished my PhD in high energy physics and was promoted to lieutenant commander in the United States Air Force. My first posting after the promotion was to the Lunar One Air Base where I worked with my father, Dr. Robert Kimbridge, on "The Project".

If you could sum up Inception in three words, what would they be?

Slow down! The narrator rushed through the story at such a pace it made it hard to follow. 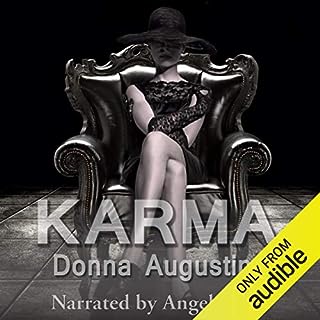 People say karma's a... well, you know. Personally, I don't think I'm that bad. It's not like I wanted this job. I wasn't even in my right mind when I accepted the position. Now, I'm surrounded by crazy coworkers like Lady Luck, who's a bit of a tramp, and Murphy's Law, who's a bumbling oaf. But the worst is Fate. He's got a problem with transfers like myself and I have to see him constantly. It's unavoidable, since we're hunting the same man, my murderer.

Enjoyable story, but has background noise

I've both read and listened to the story and both are pretty enjoyable, however, there is a distinct background noise which is noticeable throughout the story.
This was somewhat distracting and while it didn't detract from the story, it does push me to suggest the story get re-narrated in a "quiet room" withOUT the background noise. 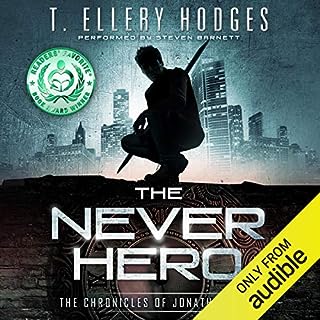 Reclusive college student Jonathan Tibbs wakes in a pool of blood, not a scratch on him. His life is about to undergo a massive shift. A violent and merciless otherworldly enemy unleashes slaughter in the streets, calling out in a language only he understands. And it is seeking its challenger. In order to defeat the threat, Jonathan must become a temporal weapon...while remaining completely anonymous. Unfortunately, harnessing off-world powers has its own special challenges...

I felt for the lead character and the story is well carried and Steven did a great job narrating the story. Keep it up!