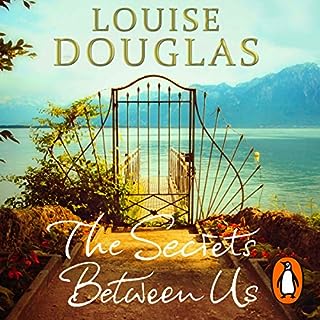 When Sarah meets dark, brooding Alex,she grasps his offer of a new life miles away from her own. They’ve both recently escaped broken relationships, and need to start again. Why not do it together? But when Sarah gets to the tiny village of Burrington Stoke, something doesn’t add up. Alex’s beautiful wife Genevieve was charming, talented, and adored by all who knew her. And apparently, she and Alex had a successful marriage complete with a gorgeous son, Jamie. Why would Genevieve walk out on her perfect life? And why has no one heard from her since she did so?

This was quite a promising story, but for several reasons it didn't quite live up to its potential for me. I struggled through to the end to find out what had really happened, but to be honest finishing it felt like something of an achievement! The story revolves around Sarah, a woman who has recently suffered a personal tragedy and been through some resulting mental heath problems. She meets Alex and and his son Jamie on holiday and ends up working for him as a nanny/housekeeper. She then becomes suspicious about what happened to his wife shortly before her arrival.

There are several factors that reduced my listening pleasure with this book. The first is Alex. I think I was supposed to be wondering whether he was a nice man or not throughout. In fact I found him thoroughly unlikable and Sarah's attraction to him was inexplicable to me. Secondly the sex scenes. Cringe! They were very poorly written and I found them embarrassing to read! They certainly didn't generate any heat. Made me feel a little queasy if anything. Then Sarah- she behaved in ways that I found impossible to understand; kept deciding to stay with Alex, even when he virtually shoved her out the door, despite her having strong suspicions that he was a very unpleasant man who had killed his wife. I found it frustrating. Then there was the author's attempt to create suspense by including an element of the supernatural. Was Sarah being guided by voices from the beyond or was her mind slowly unravelling? Clunkily handled.

I did make my way through and, on a technical basis at least, the writing wasn't bad, just a little long-winded at times. When it came to the big reveal, I was surprised by who the culprit was, so that was something positive too.

It's not dreadful, but I was surprised by quite how wearying I found it to listen to, given the positive reviews I have seen in several places.