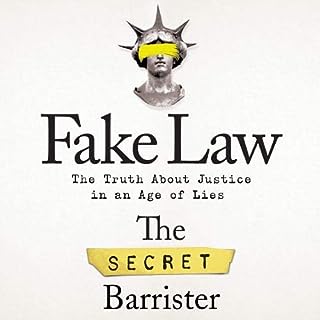 Most of us think the law is only relevant to criminals, if we even think of it at all. But the law touches every area of our lives: from intimate family matters to the biggest issues in our society. Our unfamiliarity is dangerous because it makes us vulnerable to media spin, political lies and the kind of misinformation that frequently comes from other loud-mouthed amateurs and those with vested interests. This 'fake law' allows the powerful and the ignorant to corrupt justice without our knowledge - worse, we risk letting them make us complicit.

Required Reading for All

Loved it, as the first. Strongly recommended. I would suggest that this book features on every secondary school required reading list. 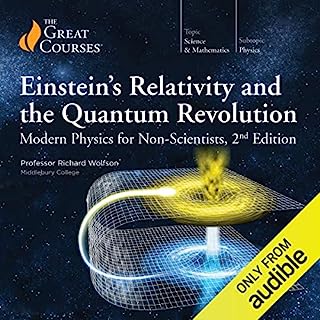 "It doesn't take an Einstein to understand modern physics," says Professor Wolfson at the outset of these 24 lectures on what may be the most important subjects in the universe: relativity and quantum physics. Both have reputations for complexity. But the basic ideas behind them are, in fact, simple and comprehensible by anyone. These dynamic and illuminating lectures begin with a brief overview of theories of physical reality starting with Aristotle and culminating in Newtonian or "classical" physics. After that, you'll follow along as Professor Wolfson outlines the logic that led to Einstein's profound theory of special relativity and the simple yet far-reaching insight on which it rests. With that insight in mind, you'll move on to consider Einstein's theory of general relativity and its interpretation of gravitation in terms of the curvature of space and time.From there, you'll embark on a dazzling exploration of how inquiry into matter at the atomic and subatomic scales led to quandaries that are resolved-or at least clarified-by quantum mechanics, a vision of physical reality so profound and so at odds with our experience that it nearly defies language.By bringing relativity and quantum mechanics into the same picture, you'll chart the development of fascinating hypotheses about the origin, development, and possible futures of the entire universe, as well as the possibility that physics can produce a "theory of everything" to account for all aspects of the physical world. But the goal throughout these lectures remains the same: to present the key ideas of modern physics in a way that makes them clear to the interested layperson.

Slightly outdated, but a good listen

Very well explained material, but did refer a lot to photos and drawings that obviously aren't available in this media. The subject matter could also do with updating slightly. The material refers to the LHC as in build, when it was completed some years ago and is in full use. Good overall background into the topic 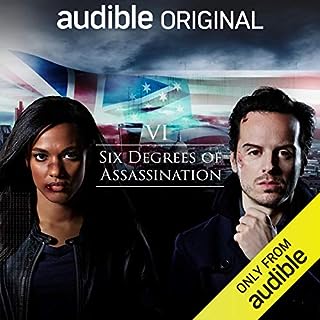 Follow Andrew Scott (BAFTA-winner, Sherlock, James Bond: Spectre) and Freema Agyeman ( Sense8, Doctor Who) as they race against time to solve this multi-layered political thriller. On a sullen, cloudy July day, ten years since 7/7, the confident and optimistic British Prime Minister is visiting a charity in East London. It's just two months after the general election which saw John Campbell's government returned to power with a clear majority, the economy is on the mend and the coalition is fast becoming a bad memory.

Outright, one of the best dramas I've listened to. Very well written and performed.

Such a brilliant story.

Such a brilliant story. It was recommended to me, and I wasn't one bit disappointed. This would make an incredible TV series.