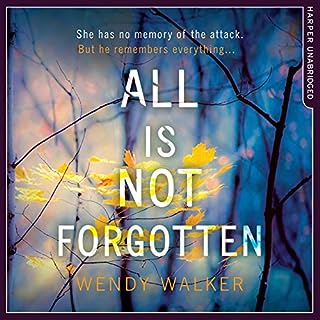 You can erase the memory. But you cannot erase the crime. Jenny's wounds have healed. An experimental treatment has removed the memory of a horrific and degrading attack. She is moving on with her life. That was the plan. Except it's not working out. Something has gone. The light in the eyes. And something was left behind. A scar. On her lower back. Which she can't stop touching. And she's getting worse. Not to mention the fact that her father is obsessed with finding her attacker, and her mother is in toxic denial.

Boring drudgery. Hard work from the word go. Could not finish. Avoid, much better paint to watch dry. 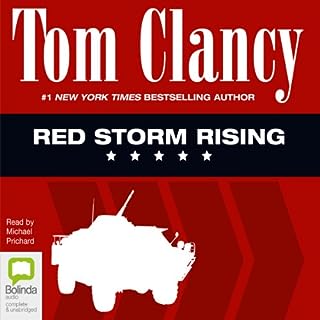 When Moslem fundamentalists blow up a key Soviet oil complex, making an already critical oil shortage calamitous, the Russians figure they are going to have to take things into their own hands. They plan to seize the Persian Gulf, and more ambitiously, to neutralise NATO. Thus begins Red Storm, an audacious gamble that uses diplomatic maneuvers to cloak a crash military build-up. When Soviet tanks begin to roll, the West is caught off guard. What looks like a thrust turns into an all-out shooting war, possibly the climactic battle for control of the globe.

The story is probably good if you can stand listening to the flattest and dullest reading I have ever heard since school. At chapter 14 I decided I couldn't stand it any more, certainly not to chapter 43. This is the only audiobook I have not finished.
Horrendous.