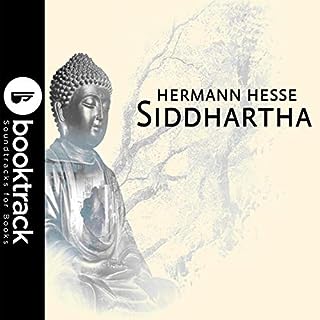 Siddhartha, the ninth book written by Hermann Hesse, is about a young Indian boy who leaves his home in hopes of finding enlightenment with the wise "Goutama", which in this story is the Buddha. After learning what he can from Goutama, he decides to go off into the busy city and leads a life of greed and lust. When he realizes that the lifestyle is not fulfilling, and he reflects on his life, he goes to a river and contemplates suicide. However, it is here that Siddhartha meets a man who will change his life and help lead him to enlightenment.

I have heard this wonderful story in different language (Czech) and was looking for an English version that would be narrated with similar passion and warmth I've heard it before.
This version - by Paul Ansdell isn't too bad, although I really strugle with Paul's pronunciation of "Govinda". I rated this particilar product offered by Audible this low as the recording is awfully compressed and sounds very unnatural. I will be asking for my credit back..