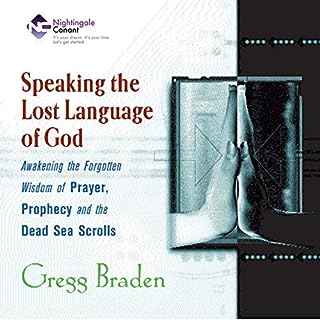 Is it possible that the choices you make in every moment of every day have a direct effect on the world around you? Could it be that our ancient ancestors left precise instructions for us on how to use our choices to bring healing to our bodies and lasting peace to our modern world? In Speaking the Lost Language of God: Awakening the Forgotten Wisdom of Prayer, Prophecy, and the Dead Sea Scrolls, you'll discover that the answer to these and similar questions is a resounding "Yes!"

As always Gregg Braden inspired us to move beyond the limitations of our mind and our body and to become our true selves our magnificent selves. with the help of our ancient teachings and our modern selves we can make this world what it was meant to be..... heaven on earth and make you what you truly are,an amazing magnificent spark of the divine essence. God( greatness on demand). 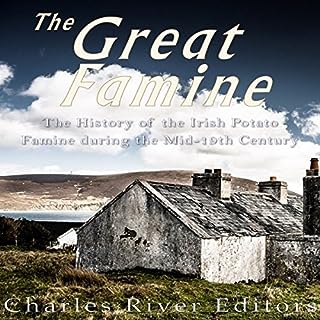 In their long history of suffering, nothing was ever so terrible as what the Irish endured during the Great Potato Famine that struck the country in the 1840s and produced massive upheaval for several years. While countless numbers of Irish starved, the famine also compelled many to leave, and all the while, the British were exporting enough food from Ireland on a daily basis to prevent the starvation. Over the course of 10 years, the population of Ireland decreased by about 1.5 million people, and taken together, these facts have led to charges as severe as genocide.

I didn't even get half way through the book and had to put it down for lack of emotion from the narrator. it was the nearest thing to a robot reading a story about the biggest and most devastating time in Irish history where thousands upon thousands died. He couldn't even pronounce Irish town names and places properly which led me to believe that he just picked up the book and started reading before even having a look at what the book was about. I'm irish and living all my life in the north west of our beautiful historic and sacred Ireland, and I feel cheated that somebody with the voice and emotion of a robot was reading one of the most devastating stories of Irish history as it was a shame to have to sit here and listen to it and it saddens me greatly that others will have to listen to the hollow tone of his voice also. I'm not saying that is narrator is not good in their narration of other books but on this topic he should have passed it on and allowed somebody else with a little bit more emotion and compassion to read the story The Way It Should Have Been read. 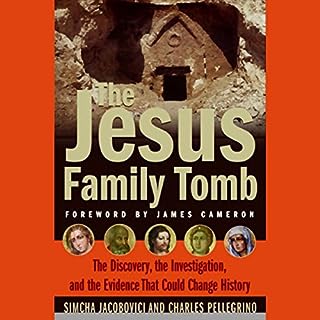 The Jesus Family Tomb tells the story of what may very well be the greatest archaeological find of all time: the discovery and investigation of the tomb belonging to Jesus' family. The tomb in question houses ossuaries (bone boxes) with inscriptions bearing the names of Jesus of Nazareth, the Virgin Mary, Mary Magdalene, and Judas, the son of Jesus.

One of the Best kept secrets of our time.

Having watched the dvd years ago which captured my imagination from start to finish, I found this audio book to be just as captivating and unbelievable. Its hard for the old pre programmed scholars and archaeologists to move beyond their fear based emotions and see what's staring them straight in the face. For me, there can be no more compelling evidence brought to light that can allow the wise and open minded ones to know beyond a doubt that this is the last resting place of Jesus and his family. 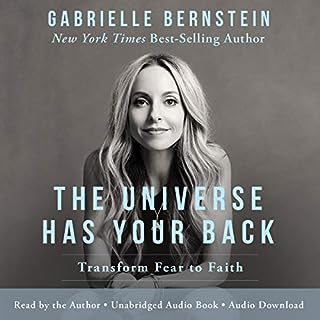 In her latest book, The Universe Has Your Back, New York Times best-selling author Gabrielle Bernstein teaches listeners how to transform their fear into faith in order to live a divinely guided life. Each story and lesson in the book guides listeners to release the blocks to what they most long for: happiness, security, and clear direction. The lessons help listeners relinquish the need to control so they can relax into a sense of certainty and freedom.

really loved this audio book. gabrielle narration was perfect. lovely to see people like gabrielle sharing their wisdom with others in a loving and honest way. Learning to trust came jumping out of this audio book and Gabrielle was able to Help me to understand this in a simple and meaningful way. well done and keep sending the love and light out into the universe and hopefully we will all pick up some piece, however small that will shine a light on our path ahead. vincent.