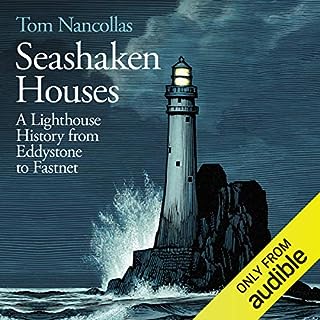 Lighthouses are striking totems of our relationship to the sea. For many, they encapsulate a romantic vision of solitary homes amongst the waves, but their original purpose is much more utilitarian than that. Still today we depend upon their guiding lights for the safe passage of ships. Nowhere is this truer than in the rock lighthouses of Great Britain and Ireland, a ring of 19 towers built between 1811-1905, so called because they were constructed on desolate rock formations in the middle of the sea, and made of granite to withstand the power of its waves.

A relaxing, interesting listen with some great history. Really enjoyed this book. Highly recommended will definitely be listening again. 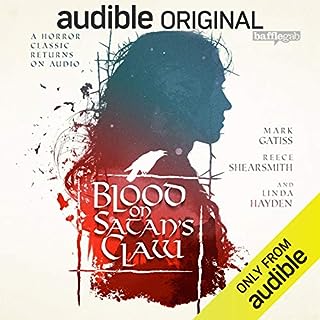 Seventeenth-century England, and a plough uncovers a grisly skull in the furrows of a farmer's field. The skull disappears, but its malefic influence begins to work in insidious ways upon the nearby village of Hexbridge. First, the cows stop milking and the fruit turns rotten on the trees. Then, an insolent ungodliness takes hold of the local children, mysterious fur patches appear on limbs and people start disappearing.... Something evil is stirring in the woods.

Fans of hammer horror, folk horror, wicker man, witchfinder general.... should not miss this production! (And of course anyone who loved the original film)