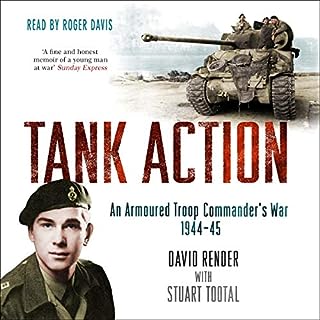 In 1944, David Render was a 19-year-old second lieutenant fresh from Sandhurst when he was sent to France. Joining the Sherwood Rangers Yeomanry five days after the D-Day landings, the combat-hardened men he was sent to command did not expect him to last long. However, in the following weeks of ferocious fighting in which more than 90 per cent of his fellow tank commanders became casualties, his ability to emerge unscathed from countless combat engagements earned him the nickname of the 'Inevitable Mr Render'.

Brilliantly paced book with a real feel of tank warfare in Europe during the latter months of WW2.. totally absorbing from the first page.. 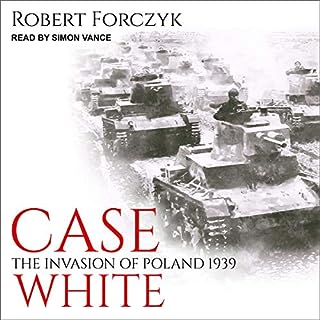 The German invasion of Poland on 1 September, 1939, designated as Fall Weiss (Case White), was the event that sparked the outbreak of World War II in Europe. The campaign has widely been described as a textbook example of Blitzkrieg, but it was actually a fairly conventional campaign as the Wehrmacht was still learning how to use its new Panzers and dive-bombers. The Polish military is often misrepresented as hopelessly obsolete and outclassed by the Wehrmacht, yet in fact it was well-equipped with modern weapons and armor.

This book is well spoken but unfortunately it goes into searingly tedious detail which soon loses the readers attention.....