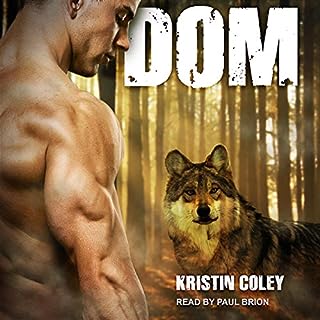 Dominic Navarre only wants to survive yet another tedious meeting with the principal of the high school where he coaches. He's not interested in finding a mate (to the irritation of his Alpha) and he's definitely not prepared to come across an unprotected Pack female roaming the hallway of his school. Her presence brings danger as her ignorance threatens all of them, but his overwhelming need to protect her might cost him everything as her arrival ignites a decades old war between packs.

This is Dom’s POV from when he first met Jess. It is his side of things from the first book which I like. Karen Lynch did it in the Relentless series. Paul Brion is great as always. 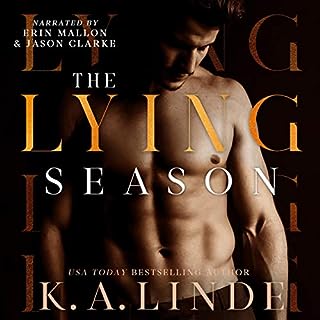 Walking away from Sam Rutherford was the hardest thing I’ve ever done. It’s been five years since that day, and I’ve given up on looking for love. My focus is on my career. And it’s paid off - I’m successfully managing the reelection for the mayor of New York City. Then, Sam walks into my office as the new legal counsel. Which means I have to see him every single day from now until November. We vow to remain professional, but it’s a small office. The sly glances and his blistering charm are unavoidable. It all feels so familiar. Too comfortable.

I found this book boring to be honest. I feel the author dragged it out and could have been cut in half. In the end I skipped to the end to see how it ended. The only good thing about this audiobook was the narration. Jason Clarke and Erin Mallon are fantastic narrators and made what I listen too bearable. 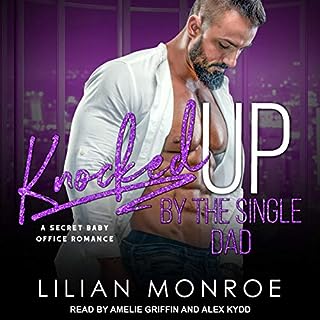 Lucas already has one kid, and he's not trying for another one. He's not trying for anything except moving up the ladder at work. Until he slides into the back seat of a taxi and sees Rosie for the first time. Her luscious lips look perfectly kissable, and her fiery red hair would look much better splayed across his pillow. Judging by the way she's looking at him, she feels it too.  After a traumatic attack that left Rosie in the hospital, she's cautious around men. But Lucas tears down her defenses with one smoldering look, and she knows she's in trouble.

Again another book I’ve enjoyed however I wished they would use another male narrator. Amelie Griffin is great. 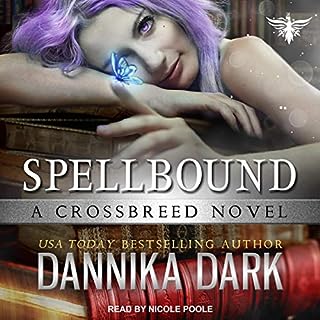 Niko is caught in a powerful spell that was cast from the very book he sought to protect. Trapped between life and death, his chances of returning look grim. Gem is determined to set things right. Armed only with her innate knowledge of language, she begins her daunting quest to break the diabolical spell...no matter the cost. When an irreversible action unleashes a new threat, Keystone scrambles into action.

I really enjoyed this one because as much as I love Raven and Christian there are more characters in the series and it’s nice to hear their story. The fight scene was really funny and have to say was my favourite part and Nicole Poole is amazing as usual and brings the characters to life. 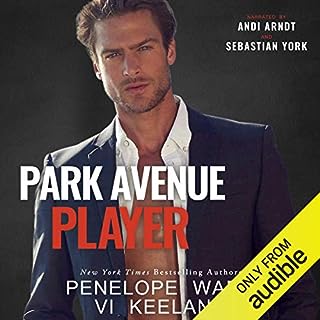 It started out like any normal day. Then the fender bender happened. The guy I collided with drove an expensive car and was drop-dead gorgeous. Too bad he was also a total jerk. We argued over whose fault it was and any other thing that came out of his condescending mouth. Eventually, the police came and we went our separate ways. The insurance companies would have to figure things out. I had a job interview to get to anyway - one I was excited about. Though that excitement changed to disappointment the moment the person interviewing me walked in. The guy from the accident.

I have found myself laughing and crying with this one. Really loved it and worth the wait.
Andi Arndt and Sebastian York are fantastic as usual. 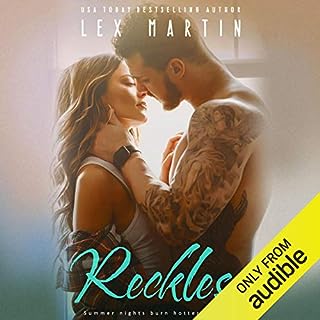 I'm a lot of things - a screwup, a basket case, a flunky. But when I take a nanny job to be near my pregnant sister, I swear to myself I'll walk the straight and narrow, which means I cannot fall for my insanely hot boss. I don't want to be tempted by that rugged rancher. By his chiseled muscles or southern charm or the way he snuggles his kids at bedtime. Ethan Carter won't get the key to my heart, no matter how much I want him.

I felt that this story could have been shorter and felt the author could have made it better. I got half way through it and couldn’t finish it.