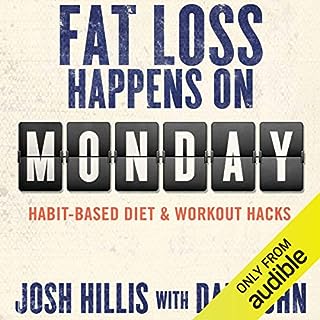 Most diet and workout books are focused on the wrong things: They focus on WHAT instead of HOW. The leanest people focus on how, on their eating habits, not on fad diets. Diets that rely on willpower and discipline fail. The path to results is made up of eleven small, simple, step-by-step habits. Rotating through phases of metabolic, endurance, and strength workouts yields the best fat-loss results.

Where are the pdfs?

It felt like there was a shopping list of chapters stating refer to pdf ... there are no pdfs linked to this book - sort it out! 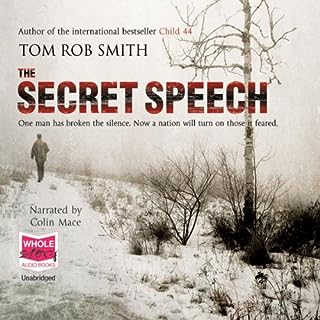 Soviet Union, 1956: Stalin is dead. With his passing, a violent regime is beginning to fracture - leaving behind a society where the police are the criminals, and the criminals are innocent. The catalyst comes when a secret manifesto composed by Stalin's successor, Khrushchev, is distributed to the entire nation. Its message: Stalin was a tyrant and a murderer. Its promise: The Soviet Union will transform.

This book cries out to be made into a movie!

Where does The Secret Speech rank among all the audiobooks you’ve listened to so far?

What was one of the most memorable moments of The Secret Speech?

There were many! The Hungarian Uprising

Having a Russian partner and my mother in law being roughly the right age for the speech to have been read to her at school I had to ask. She could not remember, but has since read it and then proceeded to give me a run down ...
If you have seen Child 44, the franchise needs a reboot just so this and Agent 6 can be made into trilogy. 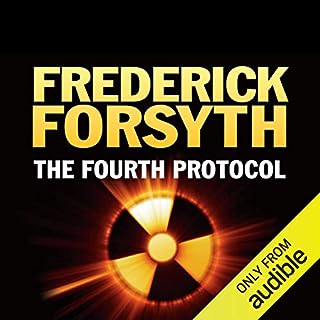 Plan Aurora, hatched in a remote dacha in the forest outside Moscow and initiated with relentless brilliance and skill, is a plan within a plan that, in its spine-chilling ingenuity, breaches the ultra-secret Fourth Protocol and turns the fears that shaped it into a living nightmare. A crack Soviet agent, placed under cover in a quiet English country town, begins to assemble a jigsaw of devastation.

Watched the film as a child

What did you like most about The Fourth Protocol?

I watched the film back in the 1980's as I grew up in the area of MK where the 'domestic' scenes were filmed. Geographically I lived possibly under the run way of the air force base. Now an adult and can appreciate a good espionage film I decided to buy this and give it a go.
What did I like? The well researched background and the similarities with that man Corben and the socialist manifesto ...

I am torn between Petrovsy and Preston. Both doing their job for their own cause be that the security of the UK or the spread of the soviet socialist ideal. I think Preston just nudges past the post on this one due to the human element of an absentee father.

As I was mostly listening at work, not really :)