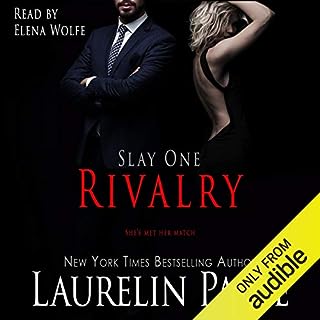 Edward Fasbender is a devil. He’s my father's biggest rival. He takes what he wants, and he bows to no one. And now Edward Fasbender wants me. I didn’t expect to want him back. Having him is not in the cards, not when a union with him would destroy my father. But that doesn’t mean I can’t play with him a bit. Except, I’ve never played against such a ruthless opponent. Edward is cold and vicious, and my blood has never run hotter. They say you should choose the devil you know, but I've always preferred long odds. Even if it'll get me slain.


Love it and can’t wait for the next book. been reading listen to this all day