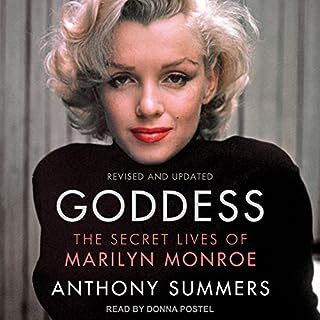 Marilyn Monroe, born to deprivation and a series of foster homes, became an acting legend of the 20th century. She married famous men, Joe DiMaggio and playwright Arthur Miller, and her many lovers included President John F. Kennedy. Her death, at 36, is a mystery that remains unsolved to this day. Anthony Summers interviewed 600 people for this book, which reveals unknown truths, some funny, some very sad, about this brilliant but troubled woman. First to gain access to the files of Monroe's last psychiatrist, he throws light on Monroe's troubled psyche.

Wonderful in most times, but gets carried away...

I find most of it a fascinating story of an insecure and fragile human being behind the most iconic symbol of the last century. Very well researched and nicely told. Gets carried away at the end with the cause of death, in few details even contradicts itself... 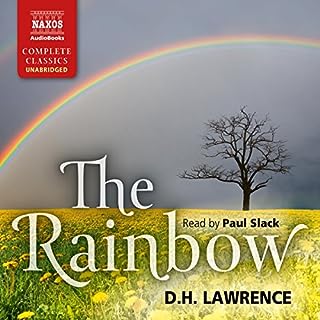 D. H. Lawrence's controversial classic, The Rainbow, follows the lives and loves of three generations of the Brangwen family between 1840 and 1905. Their tempestuous relationships are played out against a backdrop of change as they witness the arrival of industrialization - the only constant being their unending attempts to grasp a higher form of existence symbolized by the persistent, unifying motif of the "rainbow".

All good and very nice, highly recommended to anyone! I had enjoyed it very much! 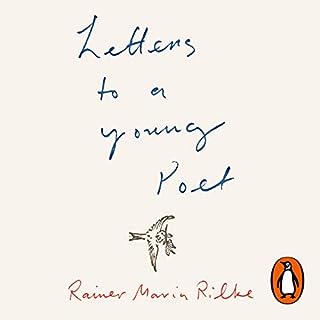 Penguin presents the unabridged, downloadable audiobook edition of Letters to a Young Poet by Rainer Maria Rilke, read by Max Deacon and Dan Stevens. At the start of the 20th century, Rainer Maria Rilke wrote a series of letters to a young officer cadet, advising him on writing, love, sex, suffering and the nature of advice itself; these profound and lyrical letters have since become hugely influential for writers and artists of all kinds.

There's so much wisdom in it that I hardly can put anything into place yet, I will need to hear it again and again... It's the endless source of inspiration! 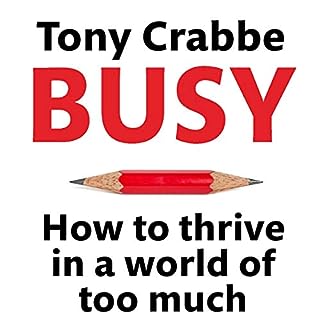 It's difficult to ask anybody "how are you?" without hearing the word "busy" somewhere in their response. We feel overwhelmed by busyness because of the demands on our time: our inboxes and our to-do lists are bulging, a huge amount of people expect things from us and our organisations are trying to do more with fewer people. But it doesn't have to be that way. In reality, busyness isn't essential. Yes, there is a lot to do, but believing you're always busy because you have so much to do is both false and unhelpful.

If you're not an office worker overwhelmed by emails and meetings, well this book is not for you. Hoped for something deeper... 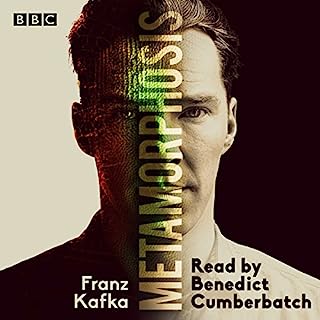 Benedict Cumberbatch reads the enduring classic of Franz Kafka's Metamorphosis. Gregor Samsa wakes to discover that he has turned into a large, monstrous insect-like creature. He attempts to adjust to his new condition as he deals with being burdensome to his parents and sister, who are repelled by the horrible creature he has become. First published in 1915, Kafka's darkly comic novella explores concepts such as the absurdity of life, alienation and the disconnect between mind and body.

Brilliant classic, the MUST

In my humble opinion everyone had to read or to listen to it... I had finished the book yesterday evening and this morning I still feel haunted by it. It's a fairy tale of being different, of not belonging, of being excluded... The thing we humans fear the most. 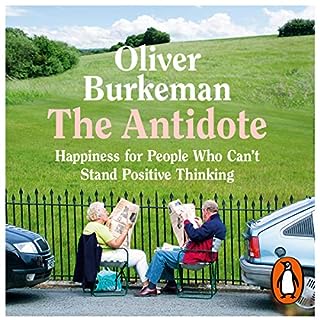 Oliver Burkeman turns decades of self-help advice on its head and paradoxically forces us to rethink our attitudes towards failure, uncertainty and death. It’s our constant efforts to avoid negative thinking that cause us to feel anxious, insecure and unhappy. What if happiness can be found embracing the things we spend our lives trying to escape? Wise, practical and funny, The Antidote is a thought-provoking, counterintuitive and ultimately uplifting listen, celebrating the power of negative thinking.

I can't recommend it highly enough! Makes total sense, I'm very happy and pleased to have listened to this book, I'm quite sure I will come back to it time and time again... I simply wish there would be more real stuff like this in the world instead of all the brainless obsession to be constantly and exhaustingly happy... 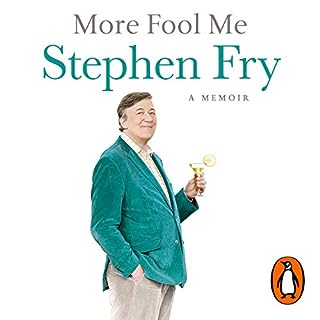 Following on from his hugely successful books, Moab Is My Washpot and The Fry Chronicles, comes the third chapter in Stephen Fry's life. This unabridged, downloadable audiobook edition of More Fool Me is performed by Stephen Fry himself.

Me, myself and I! Just one more celebrity dragging about they extraordinary, brilliant friends, luxury life, incredible experiences and on and on it goes... There's nothing really personal here... Empty... 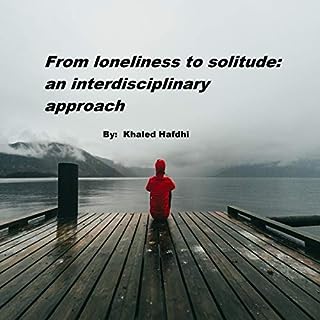 An interdisciplinary research aiming at explaining the inspiring and creative character behind solitude.

My advice: avoid it!

What a mess, I just couldn't continue and I'm a rather persistent person. It didn't make much of a sense, it was inconsistent and the reading wasn't good at all, very often I wasn't sure where the one sentence ended and the other began. A very big no, I love solitude so I hoped for something decent but this was far far below any expectations. 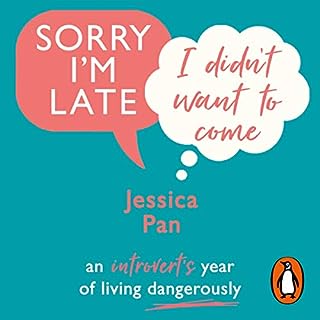 What would happen if a shy introvert lived like a gregarious extrovert for one year? If she knowingly and willingly put herself in perilous social situations that she’d normally avoid at all costs? Jessica Pan is going to find out. When she found herself jobless and friendless, sitting in the familiar Jess-shaped crease on her sofa, she couldn't help but wonder what life might have looked like if she had been a little more open to new experiences and new people, a little less attached to going home instead of going to the pub.

It's not that bad but it made me feel worse...

I'm a happy introvert and I expect an easy and funny story of venturing out to the wild world. I didn't get it, instead I started questioning myself again, I just couldn't help myself but feel that extraverted life was superior to the one I'm happily living. So sorry but no, I could not finish it... The author sounds very very American and full of extraverted ideal. Didn't find much of originality in this work. 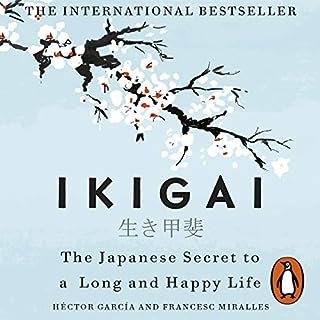 Random House presents the audiobook edition of Ikigai by Héctor García and Francesc Miralles, read by Noako Mori. Bring meaning and joy to your every day with the internationally best-selling guide to ikigai. The people of Japan believe that everyone has an ikigai - a reason for being; the thing that gets you out of bed each morning. And according to the residents of the Japanese island of Okinawa - the world's longest-living people - finding it is the key to a longer and more fulfilled life.

Enjoyable but not a revelation

It's nothing new actually, it's a combination, a salad of few schools and philosophies. From Viktor Frankl's logotherapy to stoicism and beyond. I'm not convinced that Ikigai exist, sounds like a made up thing...