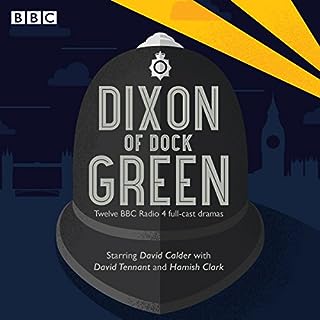 David Calder, David Tennant and Hamish Clark star in these BBC Radio 4 dramas based on the original TV series. George Dixon became one of the best-known and most-loved fictional policemen during the course of three decades of BBC TV's Dixon of Dock Green, in which he was played by Jack Warner. In these 12 radio adaptations, he once again upholds the law on the streets of 1950s Dock Green. David Calder stars as PC George Dixon, with David Tennant and Hamish Clark as PC Andy Dixon.

Loved it. thought the cast were brilliant. Wish there were more! ! ! ! ! 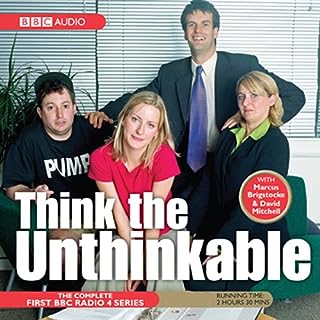 This first series of the BBC Radio 4 comedy won a Silver Award at the Sony Radio Academy Awards, and stars Marcus Brigstocke as team leader Ryan ('Imagine you are square pegs and we are round holes. Try to think of me as a round hole'), Emma Kennedy as the sociopathic Sophie, Catherine Shepherd as dopey Daisy, and David Mitchell as Owen: 'Alright, losers!' It's time to think the unthinkable as Longleys Bank needs to transform its image. So what can the team of consultants bring to the table?

I can't believe that the other series haven't been released yet. I've listened to this one over and over again and it still makes me laugh.

Come on BBC, get your finger out and release the other series!